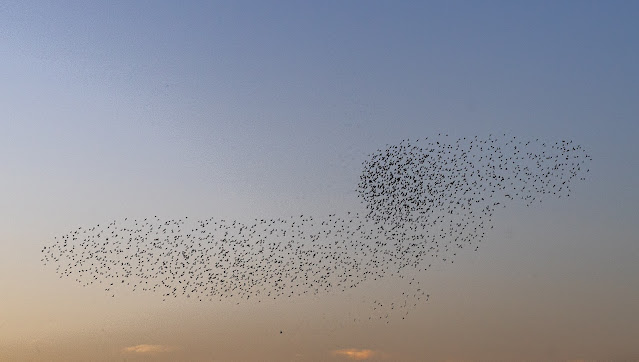 Scientists believe that murmurations offer safety in numbers where predators like Peregrine Falcons are  attracted by the sheer number of birds.  Predators find it difficult to target one bird in the middle of a hypnotising flock of thousands.  Murmuration happens when the birds start to roost and this happens from September in some places and as late as the end of November in other places.  Starlings are sociable birds throughout the year and breed April to July.

Research into falling numbers of starlings revealed the number has dropped by 80% since 1979 in the UK.  The species is threatened globally.  These birds can fly for miles to get to their specific roost site. Some are resident in the UK but the majority are migratory birds coming from Europe.  More will appear in the UK if there is a cold winter in Europe and if there is a good Easterly wind to assist them flying here.  They prefer to  roost in reed beds,  conifers, piers, trees and hedges.

The patterns these birds make are amazing and so beautiful.  They fly in swooping, intricately coordinated patterns throughout the sky.  Starlings pay attention to a fixed number of their neighbours in the flock, regardless of flock density, it is exactly seven.  This interaction with neighbours optimises the balance between the group cohesiveness and individual effort.  These groups of seven are part of the dynamic system in which the parts combine to make a whole with emergent properties and murmuration results.

These images were taken at RSPB Fowlmere  (SGA8 7SH).  This designation nature reserve is a 39.9 hectare biologically Site of Special Scientific interest. the watercress beds are now reed beds.  At the moment there is a one-way route round the reserve to accommodate  the prescribed Government  Covid standards

I watched the murmuration two night in a row and the displays were very  different.  The first evening was brighter with a pleasant sunset and the second a dark and dismal evening.  On the first evening groups of birds came in from different directions and joined the swath of birds forming patterns before suddenly dropping down to roost.The second evening the light was flat and it was much darker so the process was noticeably shorter and the birds flew low  before roosting.  The murmuration patterns were noticeable different, the second  was a simple formation and they swirled at low level.

"Nay, I'll have a starling shall be taught to speak nothing but Mortimer, and give it to him to keep his anger still in motion."

In 1890, a German immigrant Eugine  Schieffelin, a passionate Shakespeare follower decided to release 60 starlings in New York's Central Park.  He hoped they would start breeding however,  there was a population explosion.

Murmuration is a stunning sight and one can hear the noise of their wings.  The last image is taken on the second viewing. 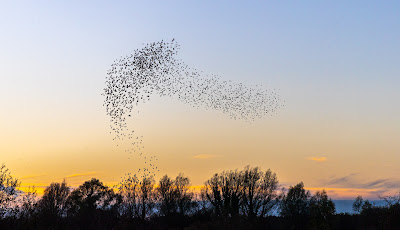 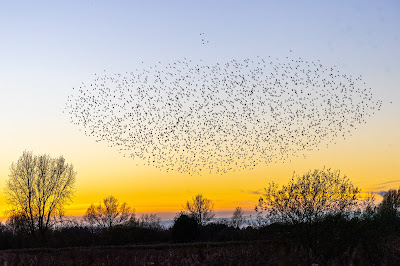 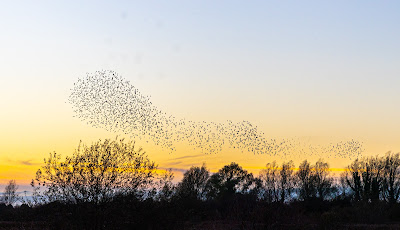 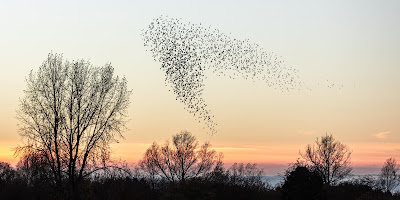 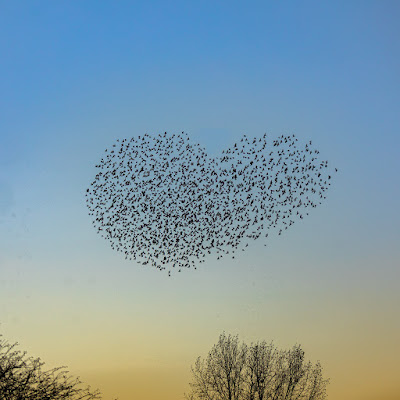 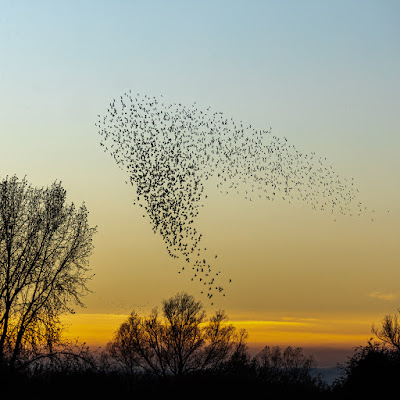 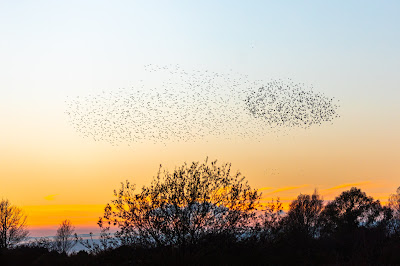 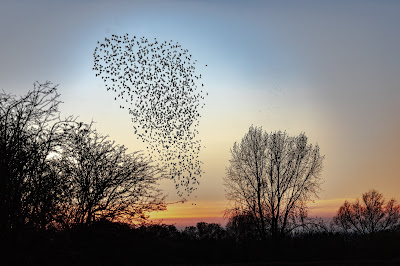 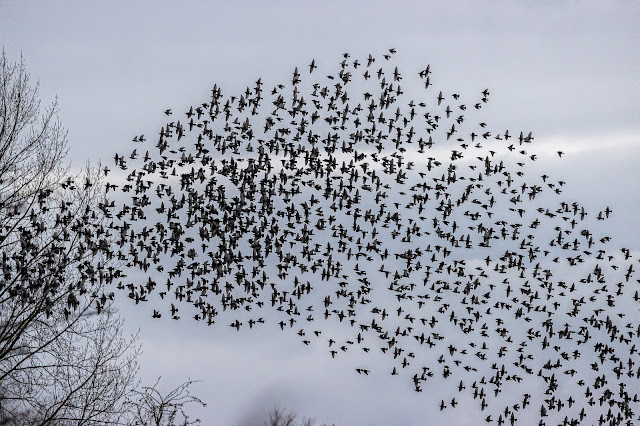