In the garden the Judas tree was in flower and so named as it is supposed to be the tree Judas hung himself. It was a lovely sunny day and although I did not have time to lie in the sun, this Magpie certainly did! 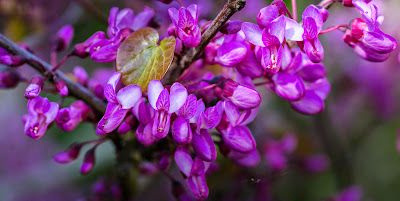 Posted by moorejphotography at 23:34 No comments:

Today, Mother and I ventured out to Baschurch, Shropshire, the home of Mother's Grandfather's parents.  She had not researched the paternal side of the family but it seemed a good idea to make the journey. Despite being not much wiser after the visit other than John Thomas' father (such an unfortuante name) was Charles Thomas, there was other interesting history.

Earliest references from a poem entitled Canu Heledd written in the 10th century, provides information that Baschurch referred to by the Welsh name Eglwyssau Bassa (Churches of Bassa) where the King or Prince Cynddylan of Pengwern is said to have been buried in the early 7th century. There had been a battle between the Welsh and invading Saxons at an ancient fort "the Berth" outside the village. A local tradition holds that the Berth Pool and the ancient earthworks  is the resting place of the Legendary King Arthur. Baschurch appears in the Domesday book of 1086 as Bascherche.
In 1900 Sir Robert Jones and Dame Agnes Hunt established the first Orthopaedic Hospital at Florence house in Baschurch as a convalescent home for crippled children and later a hospital to treat wounded from the First World War. In 1921 the hospital moved to Oswestry where today it remains a specialist hospital with a reputation for innovation.
The church seemed to be the oldest building in the village and had been renovated by the builder and industrialist Thomas Telford. All Saints was built on the site of a wooden church that burnt down.
So I may not have found out anything more about Charles Thomas but I did learn something! 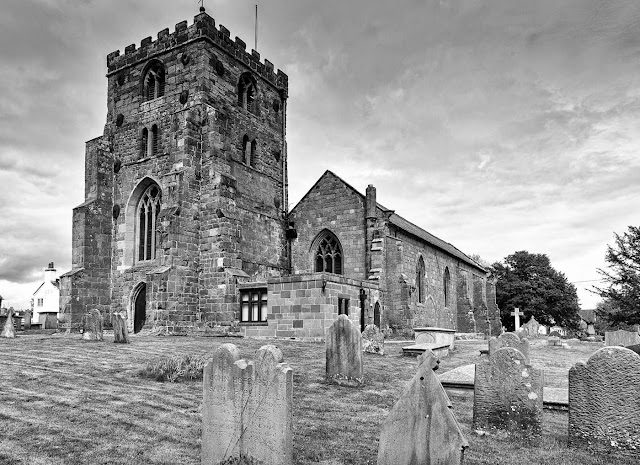 Posted by moorejphotography at 20:11 No comments:

Bicton and the Isle revisited 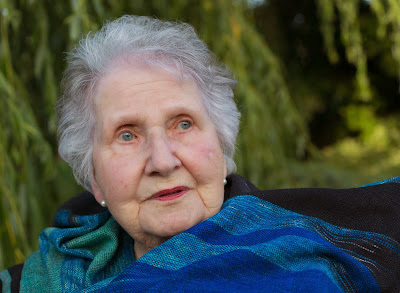 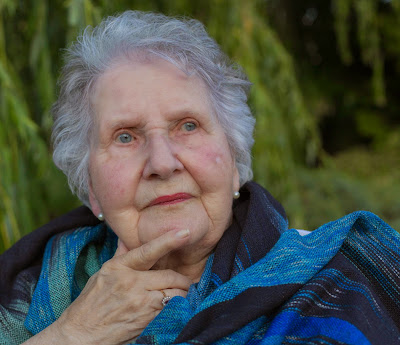 Mother and I have had a couple of days exploring the haunts of Mother's childhood and family memories.  It has been great fun and here is a little insight to where we have been.  I have taken photos of old photographs so that I know who lived where.
The Reynolds family and the Griffith's lived at the Isle.  (My Grandmother and Grandfather) Ray Thomas and Mary Elizabeth Griffiths were married in 1917 and had known each other since their childhood.  The first photo is Granny Griffiths (1851- 1936) and she had five children three boys David Richard, Frederik William and Henry Charles and two girls Mary Elizabeth (my grandmother and Mother's mother), and Sarah Jane.  Granny Griffiths my Mother's grandmother lived in the cottage next door to her sister Mary Blor.  The four cottages have been knocked into two houses as seen today. 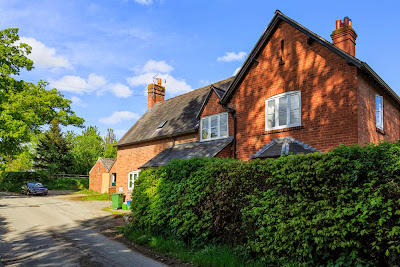 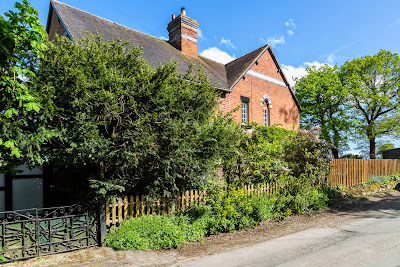 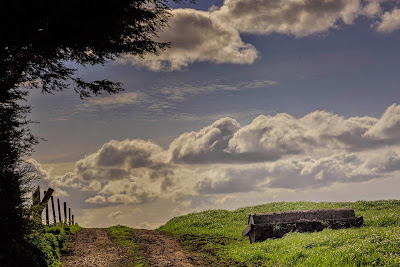 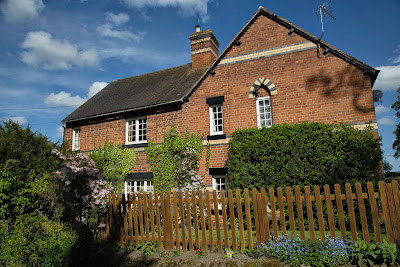 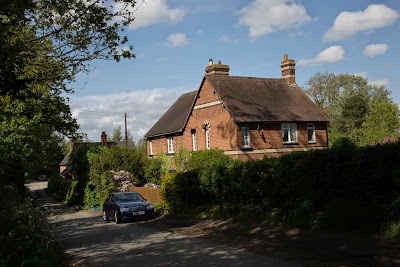 Sarah Reynolds married John Thomas who worked as a Butler at the Isle Estate. He had a passion and good taste for good wine and was sacked for drinking from the Estate wine cellar.  He continued to have a drinking problem and could not hold down a job for any length of time.  Granny Reynolds, John Thomas'  mother-in-law threw him out of the house putting his possessions at the wicket gate. She did not approve of his behaviour, he persisted with his drinking,  could not hold down any form of employment and frequently stayed away from home.  Every time he returned home he left Sarah pregnant before taking off again. Sarah and John had one daughter Winifred Jane and four boys John, George, Fred and Harry. 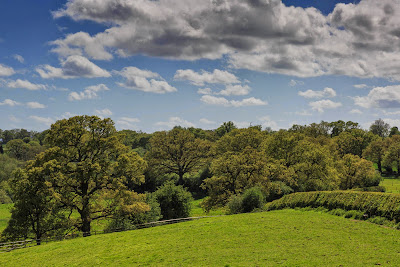 Posted by moorejphotography at 20:23 No comments:

Email ThisBlogThis!Share to TwitterShare to FacebookShare to Pinterest
Labels: Bicton, The Isle

I tried aligning images, stacking, and merging! I am still not happy with the result so........ another try but not tonight! 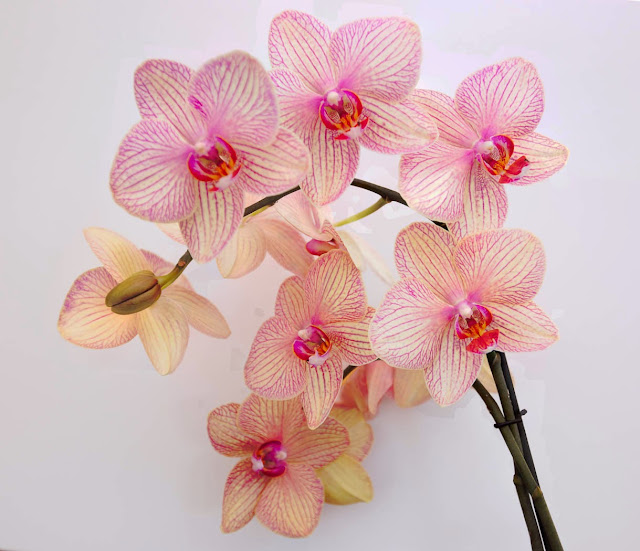 Posted by moorejphotography at 21:57 No comments:

Email ThisBlogThis!Share to TwitterShare to FacebookShare to Pinterest
Labels: Orchids 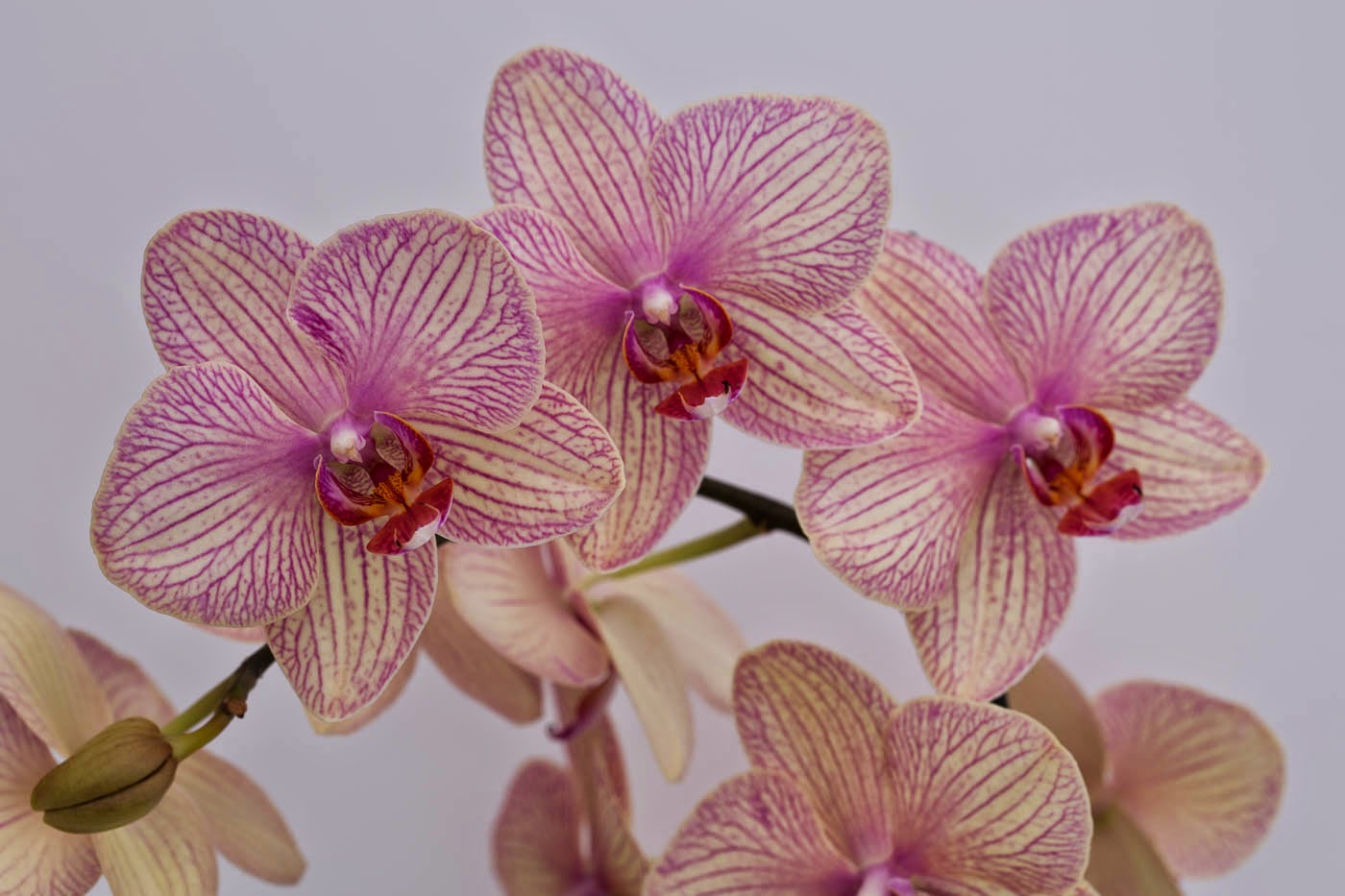 I had some time to play and tried taking some orchid shots. It was not the easiest of subjects and these look very heavy. I think it will be back to the drawing board! 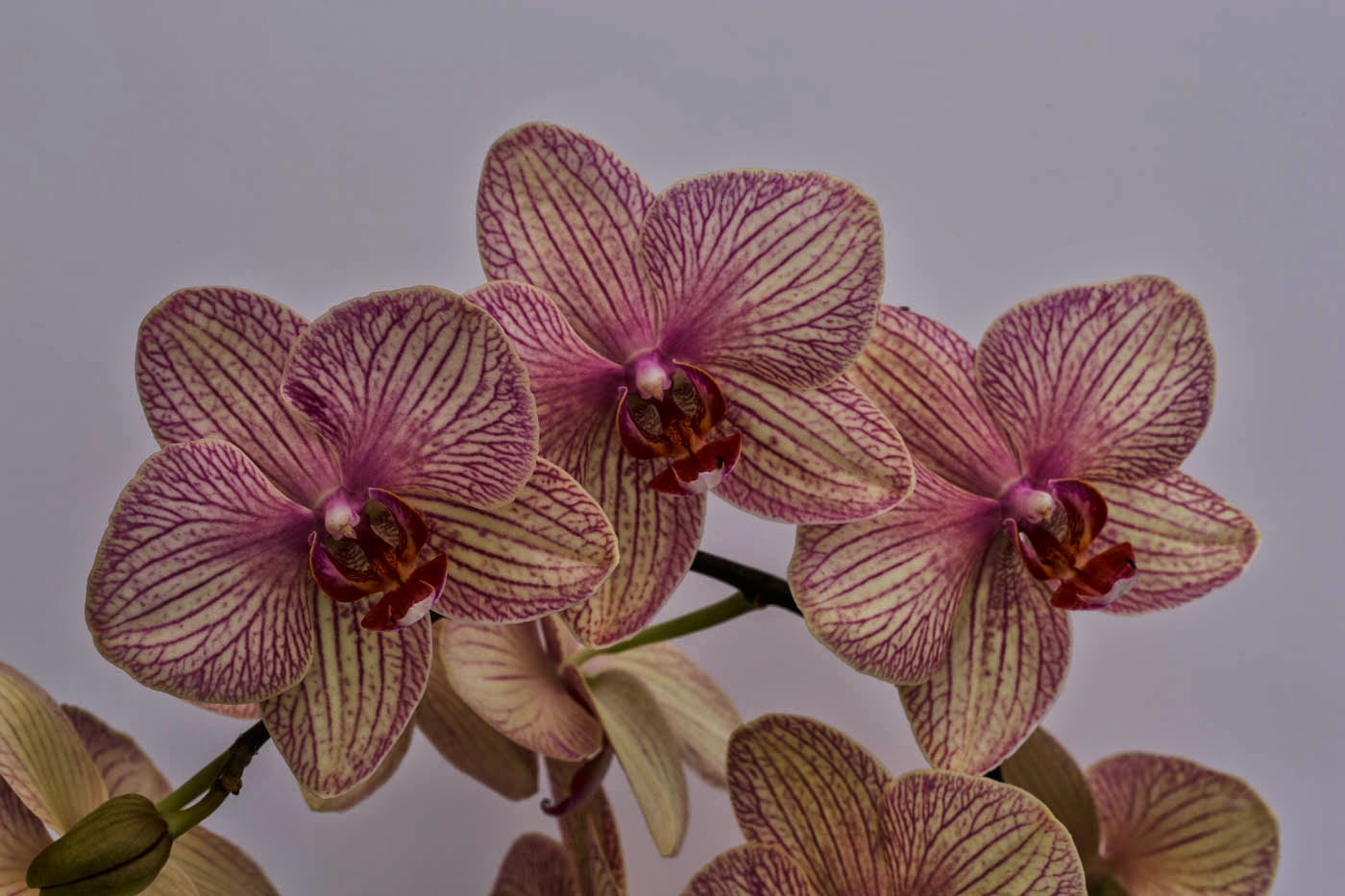 Posted by moorejphotography at 22:24 No comments:

Email ThisBlogThis!Share to TwitterShare to FacebookShare to Pinterest
Labels: Orchid

Dating from the 16th century this house was built by John Giffard a local landowner from Chillington in Staffordshire. The house was built in a woodland and named Boscobel from bosco, bello or beautiful wood. As Giffard was a Catholic his house was designed and well suited to hiding catholics seeking refuge from religious persecution. There is a priest hole at the top of the stairs. The house was the hiding place for Charles II fleeing from the battle of Worcester. He hid in an Oak tree at Boscobel with his officer, William Careless and today there is a descent of the Royal Oak near the house. The tree is featured below.  I found the house a bit eerie and I was told by one of the staff that there is a ghost on the top floor of the house.  It is supposed to be the "look-out" man keeping watch for the soldiers, well no wonder I did not like being there on my own. 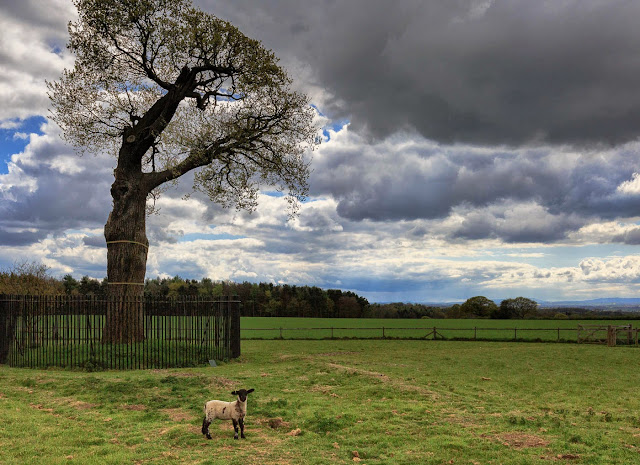 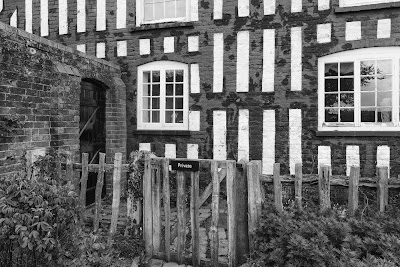 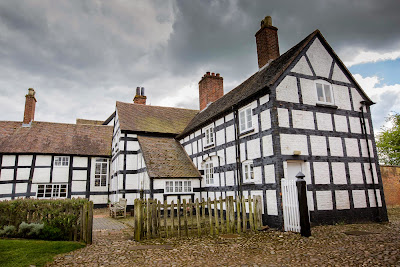 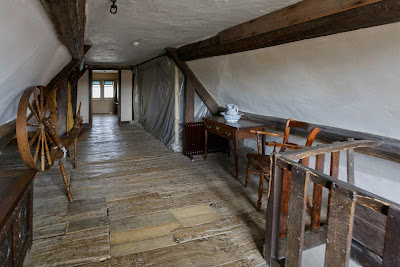 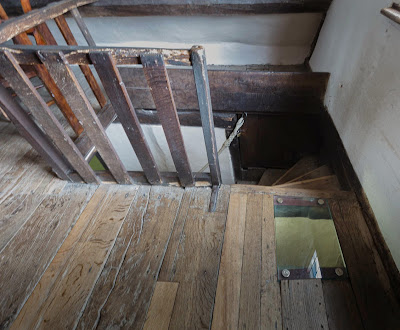 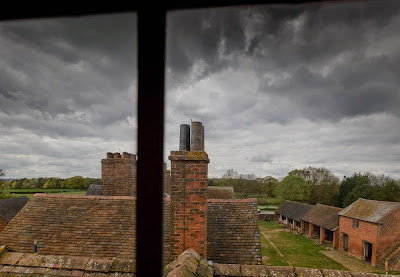 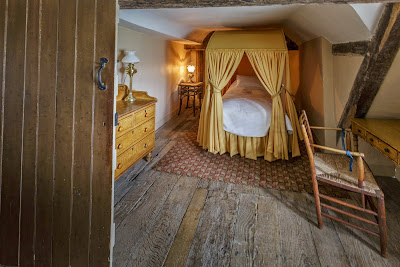 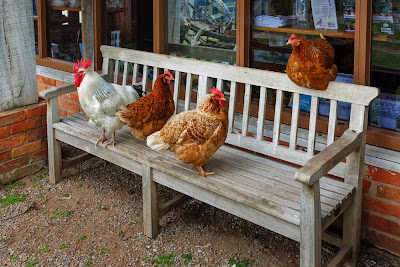 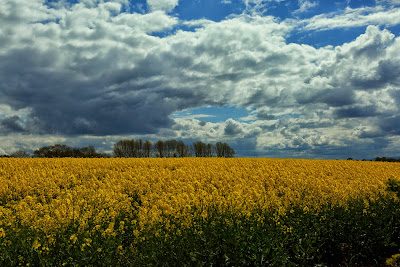 Posted by moorejphotography at 13:23 No comments:

Congratulations to my dear friend, Marianne who was decorated with Order of Orange-Nassau by the King of the Netherlands on 24th April 2015 for ‘life long achievements’.  It is a chivalric Order open to "everyone who has earned special merits for society". This is the military and civil Dutch order of chivalry founded on 4 April 1892 by the Queen Regent Emma of the Netherlands who was acting on behalf of her under-age daughter Queen Wilhelmina.  I am proud to know you Marianne. 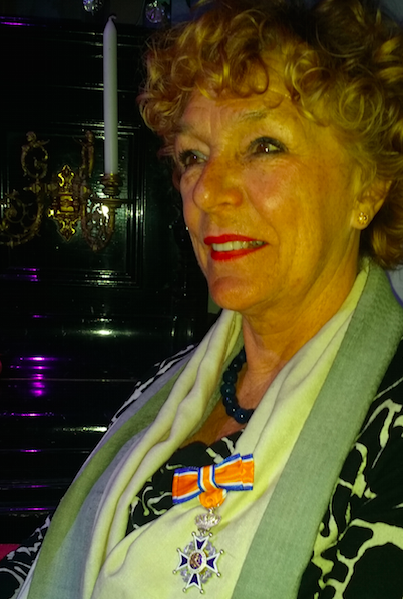 Posted by moorejphotography at 21:39 No comments: