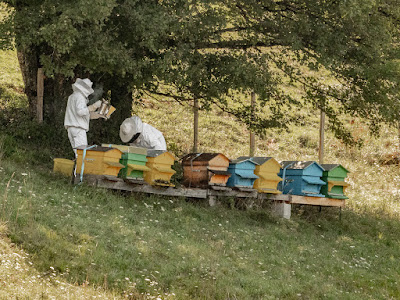 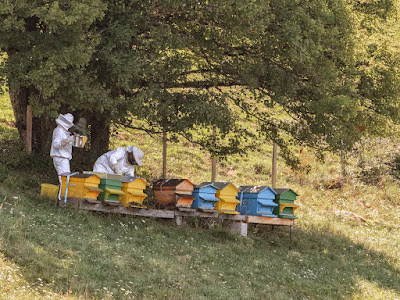 Posted by moorejphotograpjy at 04:16 No comments:

Graydon an Alpine Village in the Haute Savoie

Bob planned a walk for Julie and I telling us he had packed us a picnic.  We had a great 6 mile walk and Julie did 16,000 steps, I certainly did not do as many but I am taller. The scenery was spectacular. We saw an eagle, heard Marmots, saw bees, butterflies and a variety of wild flora. On our way up a steep slope we met a French couple harvesting cumin.

Our picnic site overlooked the valley but the rain storm blocked out the view of Mont Blanc. The picnic table was like furniture from an Alice in Wonderland stage-set before she drank the magic potion that shrunk her in size. The picnic table design obviously focuses on the needs of the winter season when the snow raises the ground level. 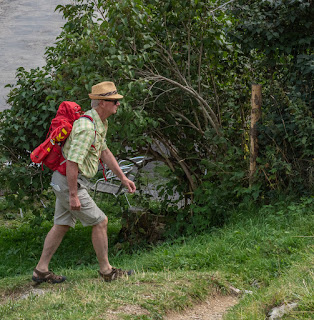 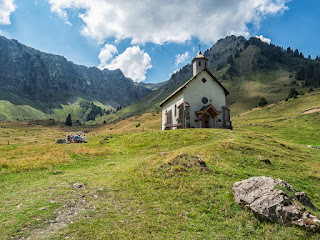 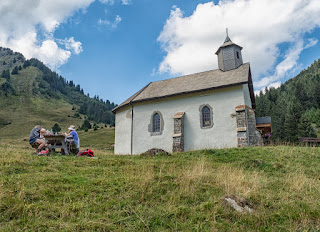 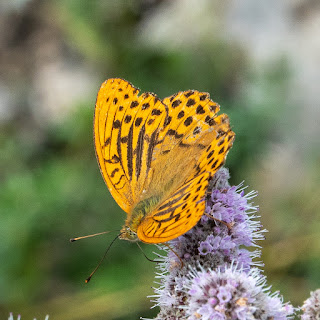 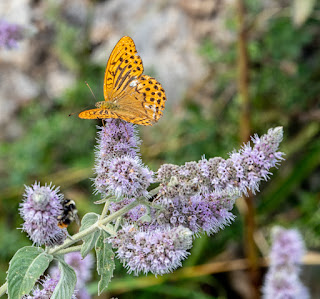 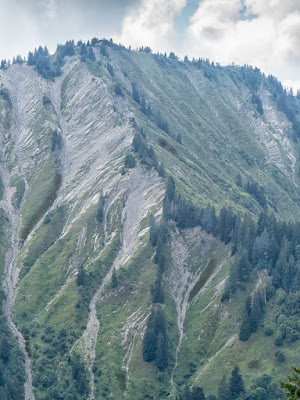 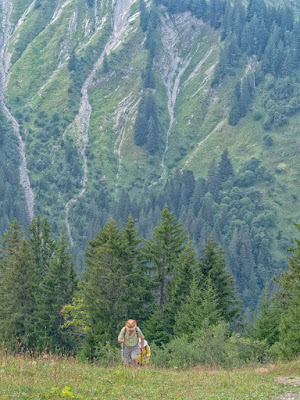 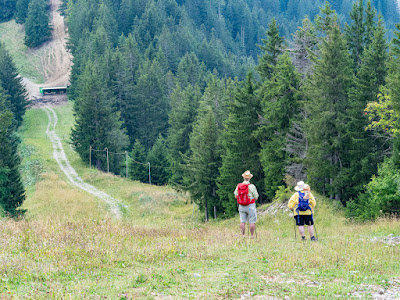 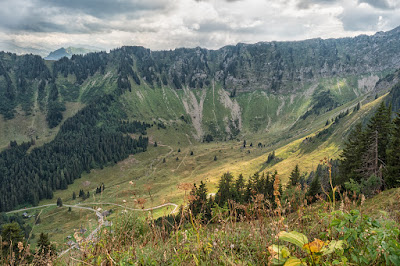 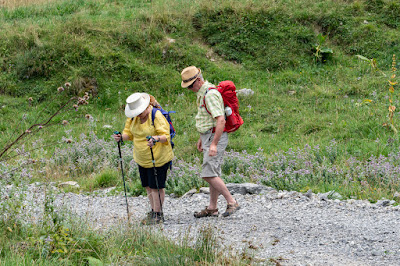 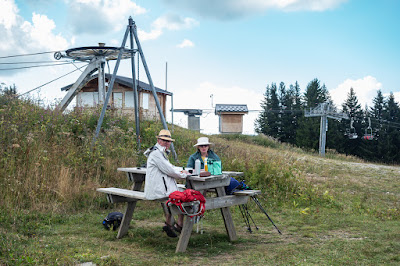 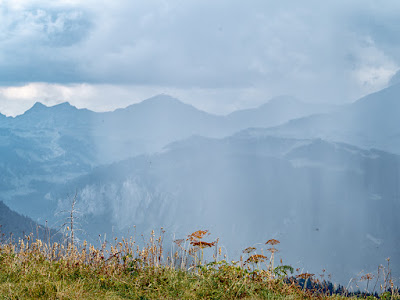 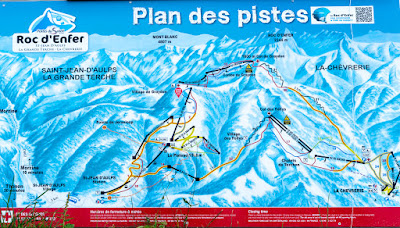 Posted by moorejphotograpjy at 18:12 No comments:

Located on the route of the Dranse de Morzine, the gorges of Pont-du-Diable is an example of limestone erosion in the Alps of Chablais, in Haute-Savoie.  The Dranse river cuts deep into the valley. Glaciation and erosion of limestone resulted in different stages of erosion leading to limestone cavities often referred to as giant's pots.  The roof of the cave collapsed and formed a bridge of rock now called the Devil's bridge.

The Gorges du Pont du Diable which offers an insight into the power of erosion with the Morzine's Dranse River was recognised as  part of the UNESCO Chablais Geopark in 2012, a territory that is renowned worldwide for its remarkable geology.

In 1892, Jean Bochaton a carpenter from the Gavot plateau obtained authorisation to build "a wooden staircase with iron supports to enable people access to the Pont du Diable Gorges".  With the help of a blacksmith and a stonemason, he built the staircase that provided access to the river Dranse.  He took his first group of visitors into the Gorge in 1893.  The majority were spa tourists from Thonon and Evian a  renowned spa town. Some years later Jean Bochaton completed the construction of bridges, walk ways and steps to provide access to the whole site and in 1908 the gorges were finally listed by the Ministry of Fine Arts for the aesthetic value of the site.  It is well maintained today and the wooden bridges have been replaced with more secured staircases and bridges.

The Jotty Dam was built in 1049 to divert part of the Dranse river towards the Bioge hydro-electric power station. The Gorge company received compensation for this diversion and a minimum water flow was ensured though in 2015 the water level was very high due to heavy rains and melting snow.

It is an amazing place to visit and there are many views of trees and rocks from deep below ground level. 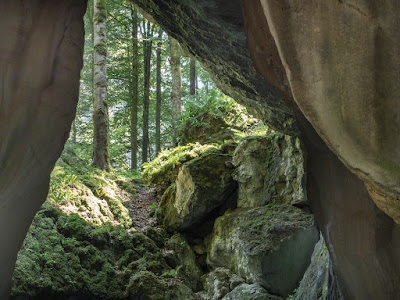 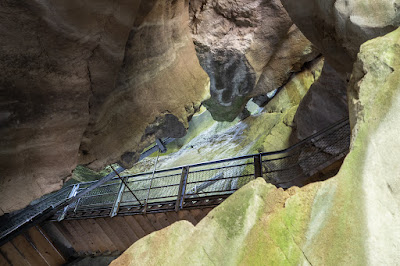 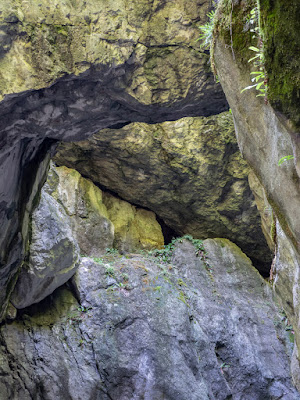 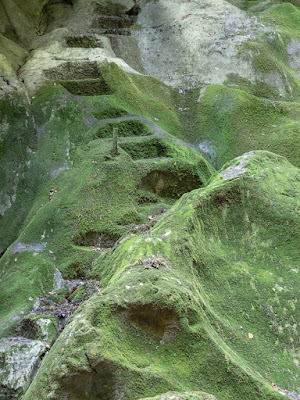 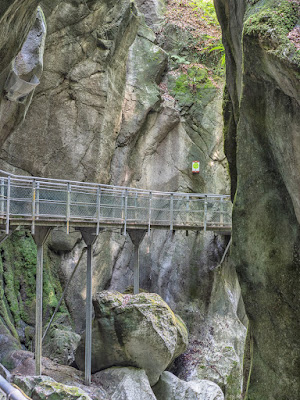 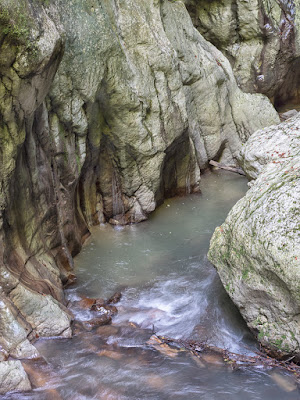 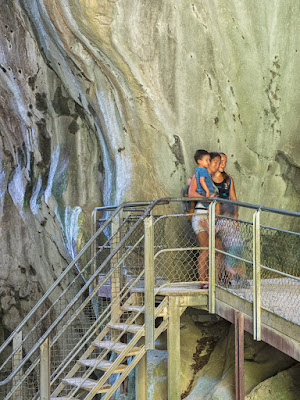 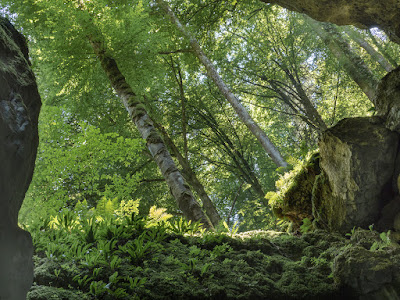 Posted by moorejphotograpjy at 08:50 No comments: