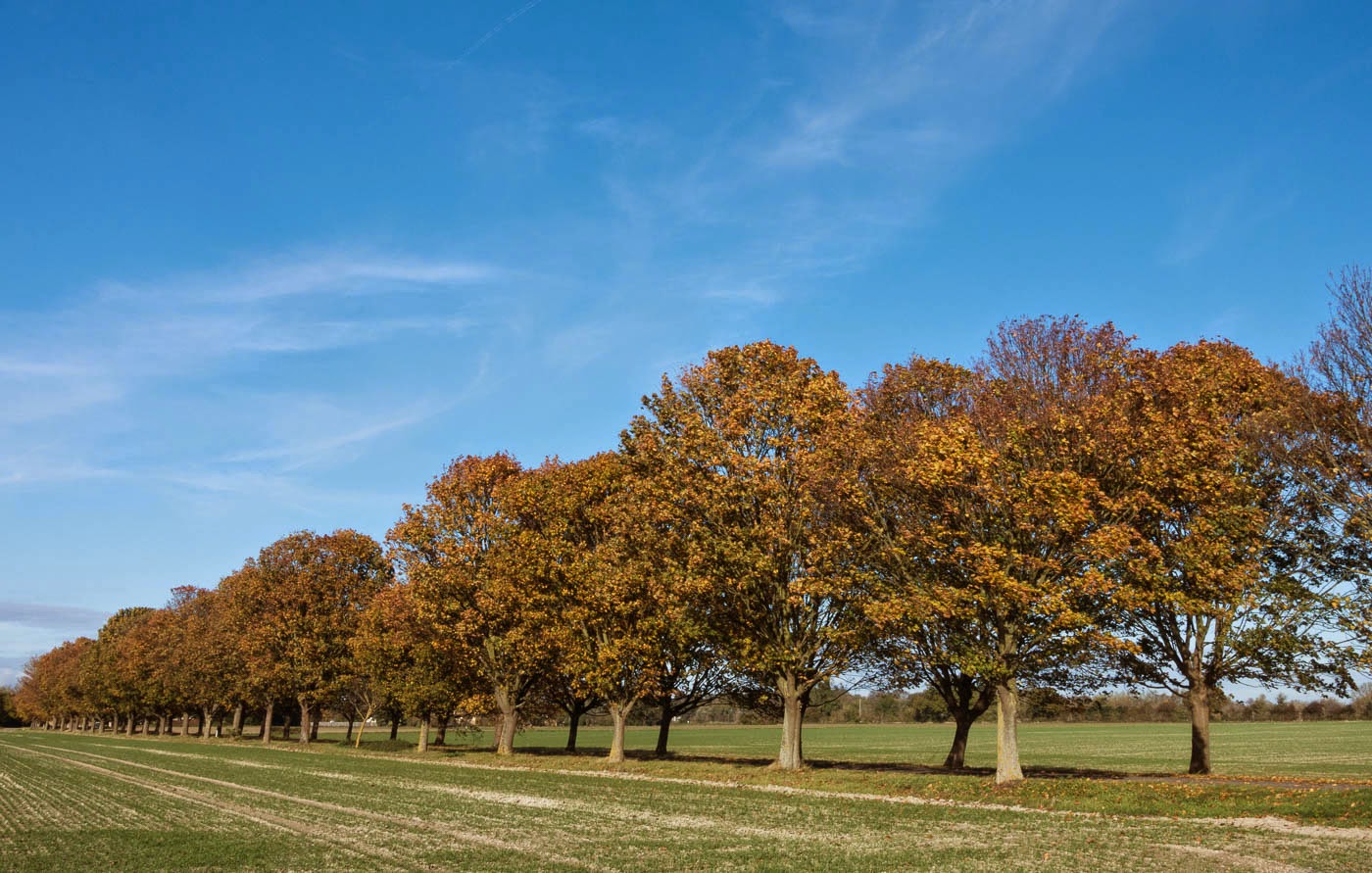 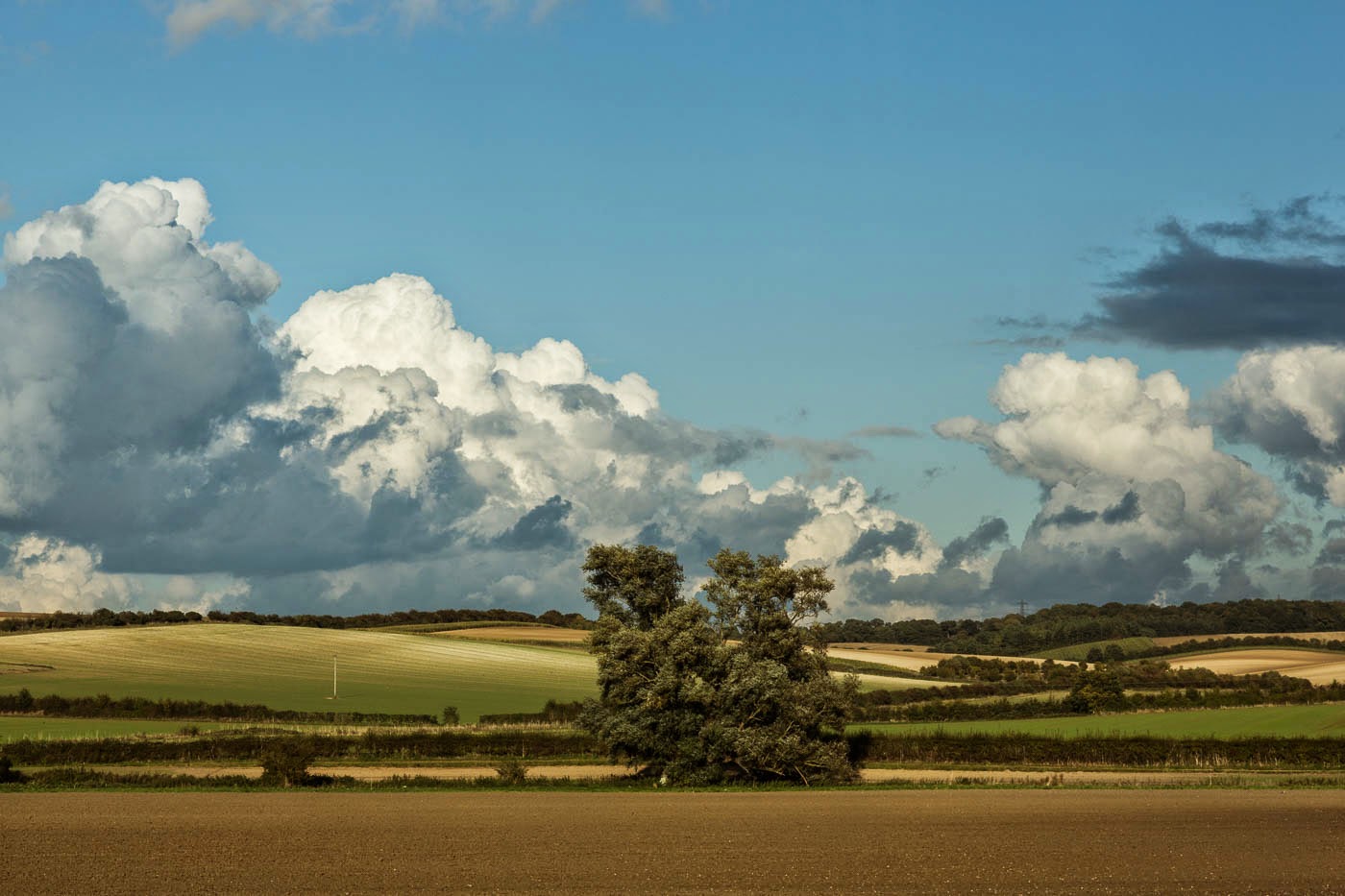 Read more »
Posted by moorejphotograpjy at 12:29 No comments:

Email ThisBlogThis!Share to TwitterShare to FacebookShare to Pinterest
Labels: Autumn 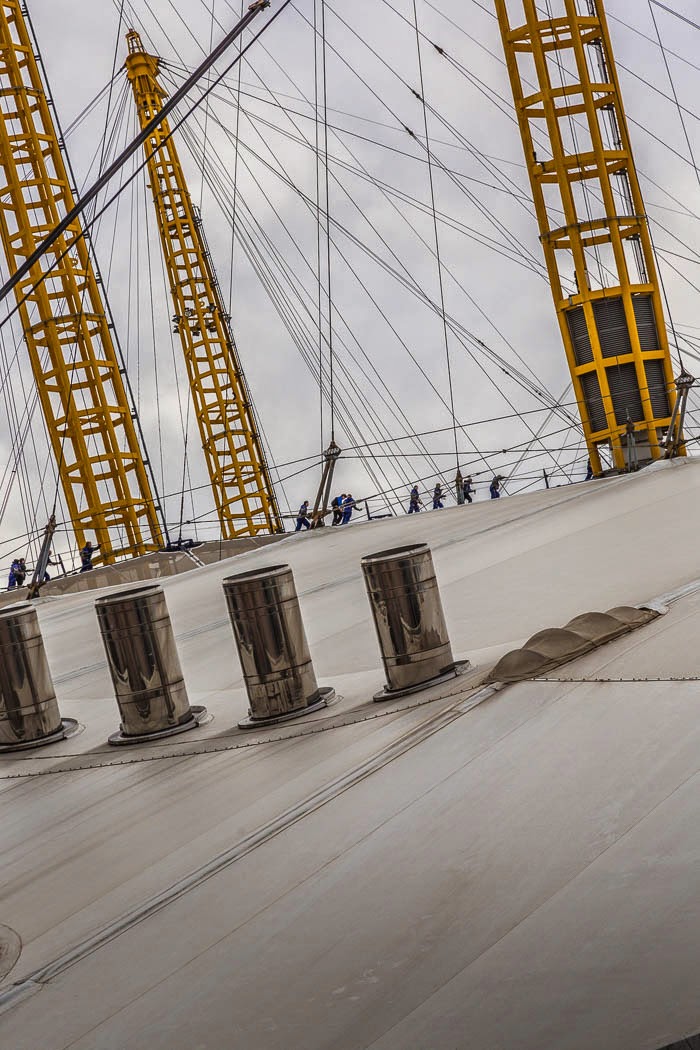 Up and Over the O2 and it is only 52 metres high and if you have 90 minutes you will be supplied with Ecco shoes, a full all-in-one climb suit to be worn over your normal clothes, and there is a guide. If you need an inhaler then the guide will carry it for you !! Climbers transverse along a suspended walkway that is 380m long including the journey back down. It does not look like a walk in the park and looked pretty crowded when we looked up.  I did not see anyone with a tripod...
Posted by moorejphotograpjy at 15:44 No comments:

A Slice of Reality

Richard Wilson's (sculptor) modern artwork " A Slice of Reality" a commissioned for the Millennium Dome on the north-west bank of the Greenwich Peninsular.  It is a vertical section though the former sand dredger ARCO TRENT (a 240 foot vessel) and exposes the former living quarters of the vessel. It was cut out and fitted in four months.  Look out for the pool table in the lower decks. Wilson views this piece of work, as a sound bite, crying itself back into the river as a lost industry.  In 1936, the time of King George, 1000 ships would go pass this point to the commonwealth.  Nine artists were chosen for the North Meadow Sculpture Project from the UK and Wilson was one of them. This was an unexpected, extraordinary sight and quite surreal. Architectural magic on the Thames. 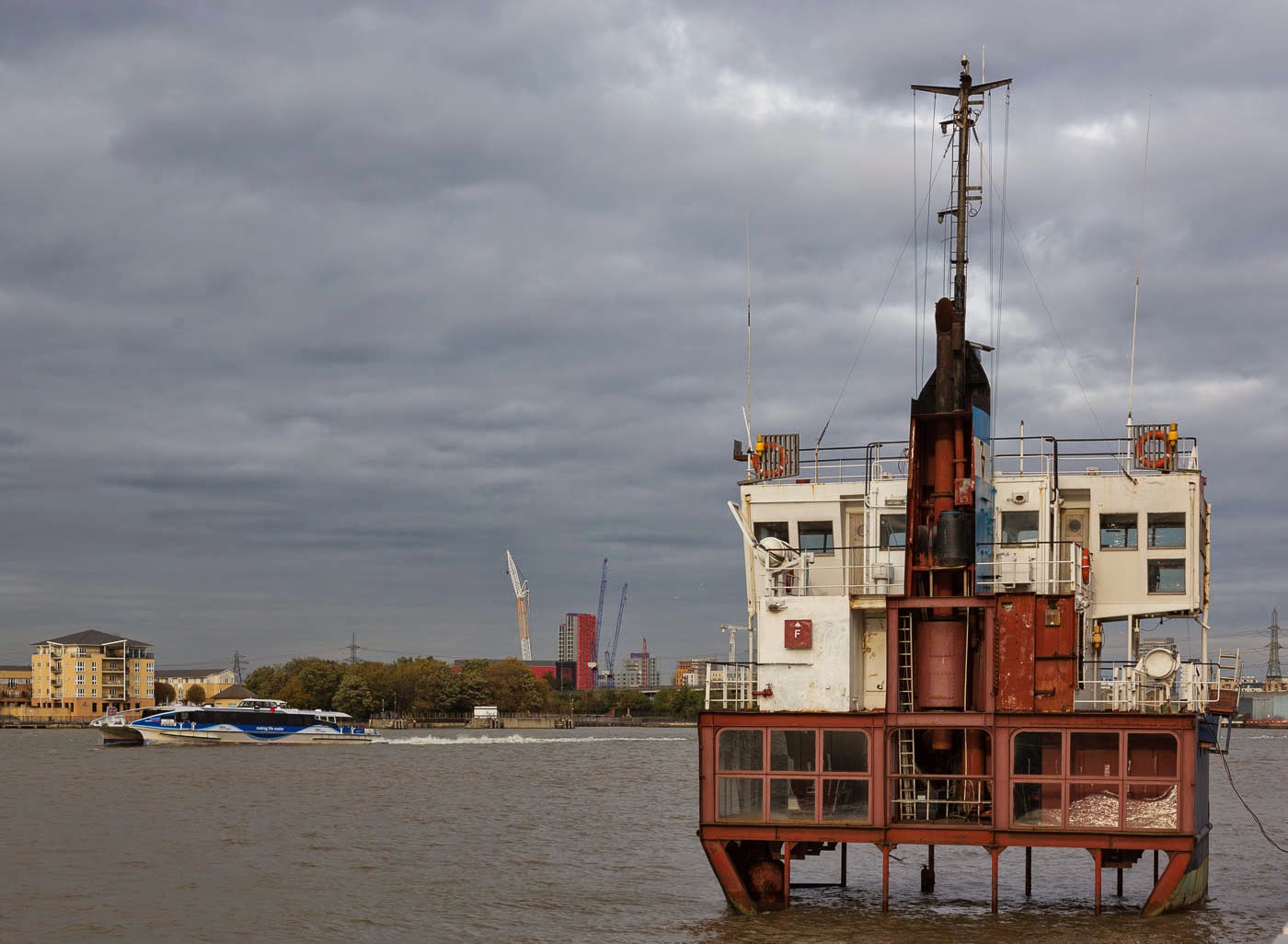 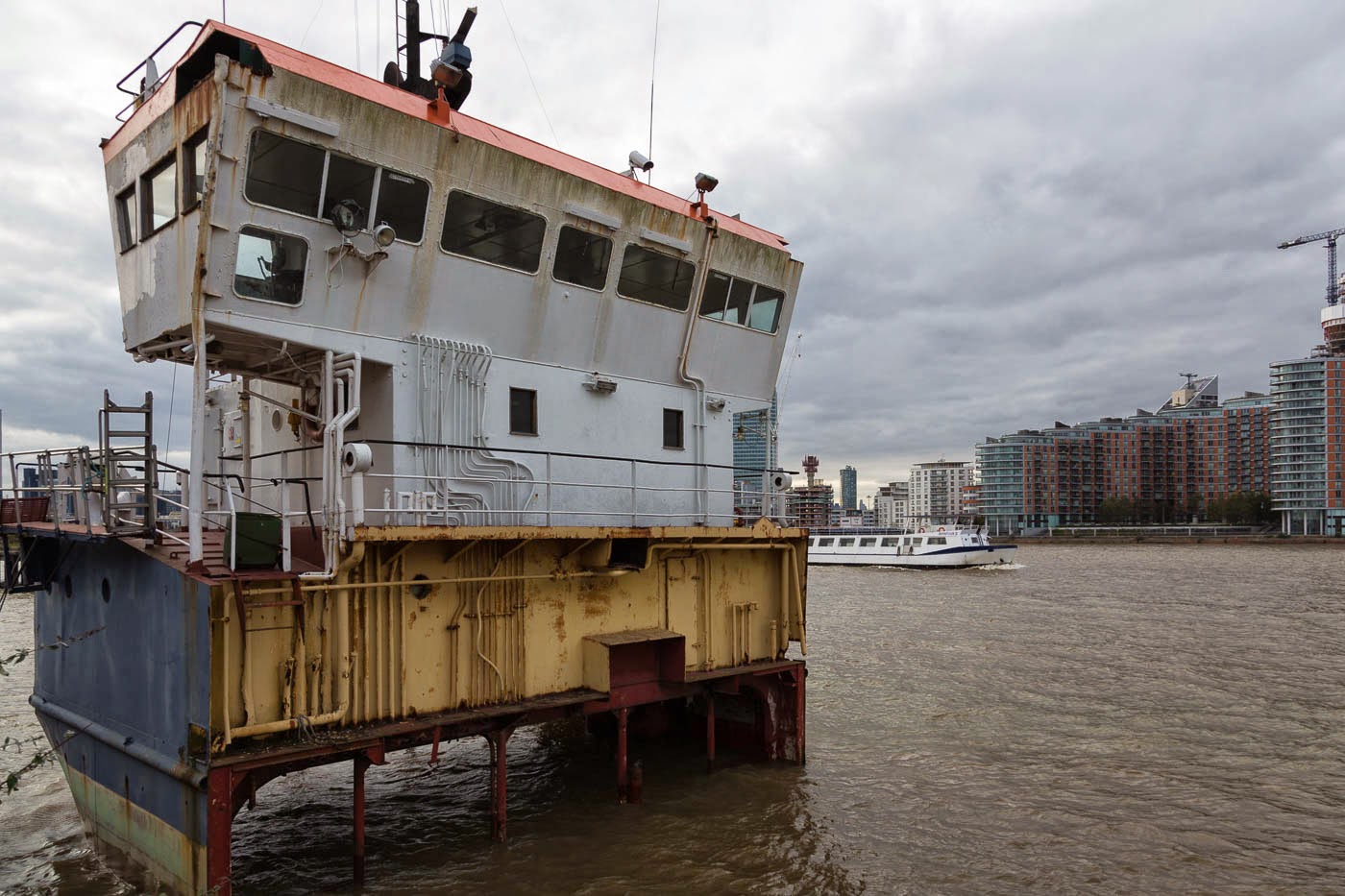 Posted by moorejphotograpjy at 12:00 No comments:

Canary Wharf from below

Sunday 26 September 2014, a group from the Cambridge Camera club took off to explore London brilliantly guided by Alan Clark. Well, it may have been September 1777 when Samuel Johnson and Boswell discussed the fact that Johnson hated spending time alone, and consequently was always going out and enjoying what London had to offer.  The quote "when a man is tired of London, he is tired of life; for there is in London all that life can afford" still holds for many of us. I had a great day.

We started at Canary Wharf arriving on the DLR and the first challenge was to find means of paying as it is easier if one has an Oyster card with some loaded rupees. Most of the shops were underground and we did not get stopped from taking photographs. 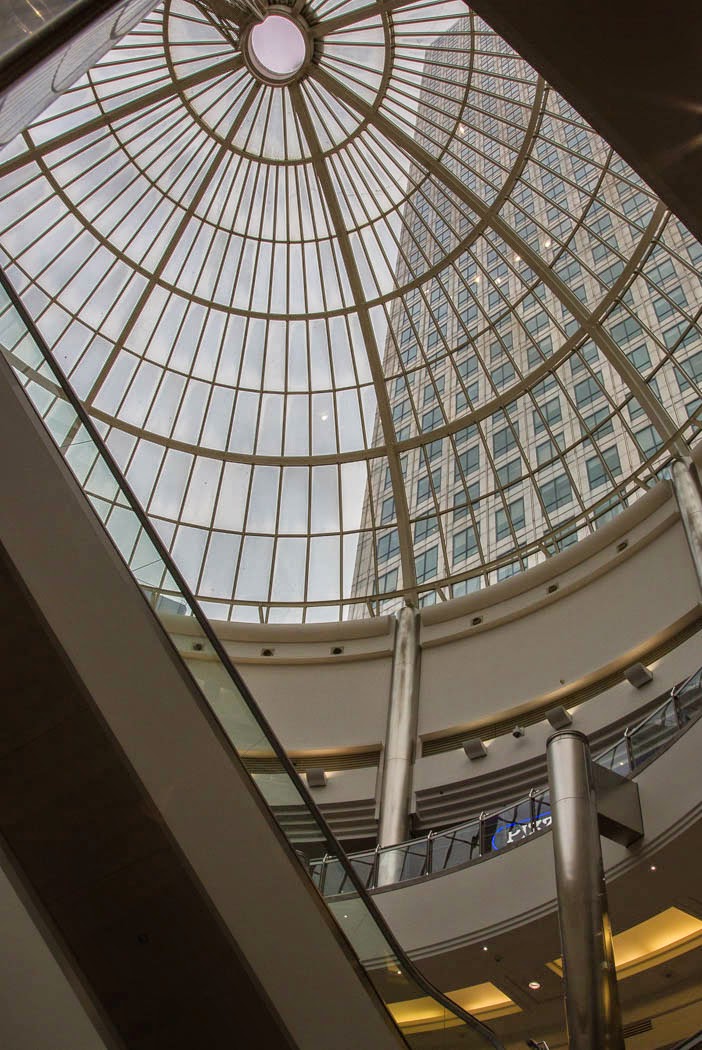 Posted by moorejphotograpjy at 22:31 No comments:

A view of Canary Wharf from Greenwich 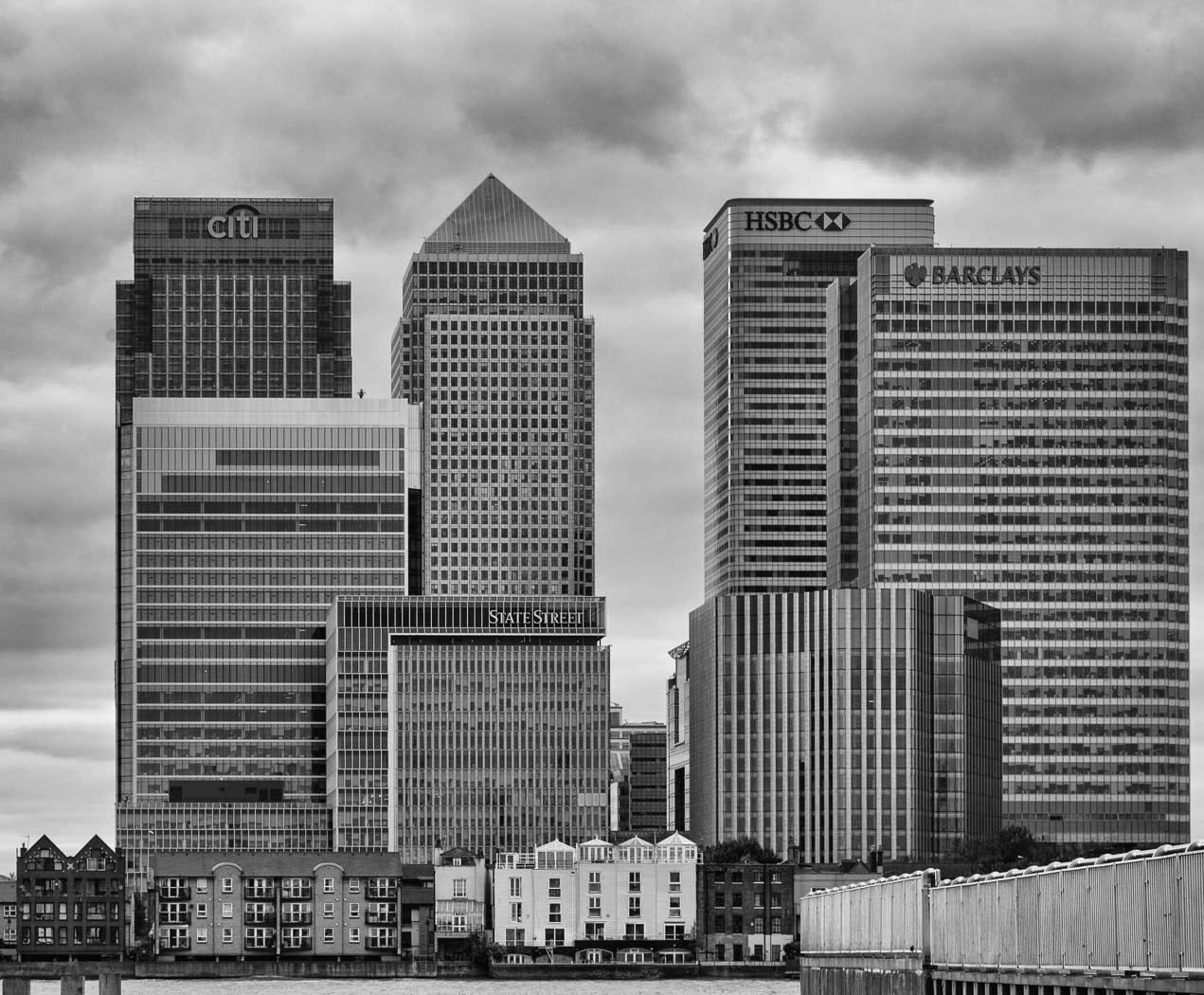 I can't believe that it was in 1987 the Canadian company Olympia and York agreed to construct a major office development on the Isle of Dogs, with construction commencing in 1988. It is my first visit but not the last.
Posted by moorejphotograpjy at 17:57 2 comments: 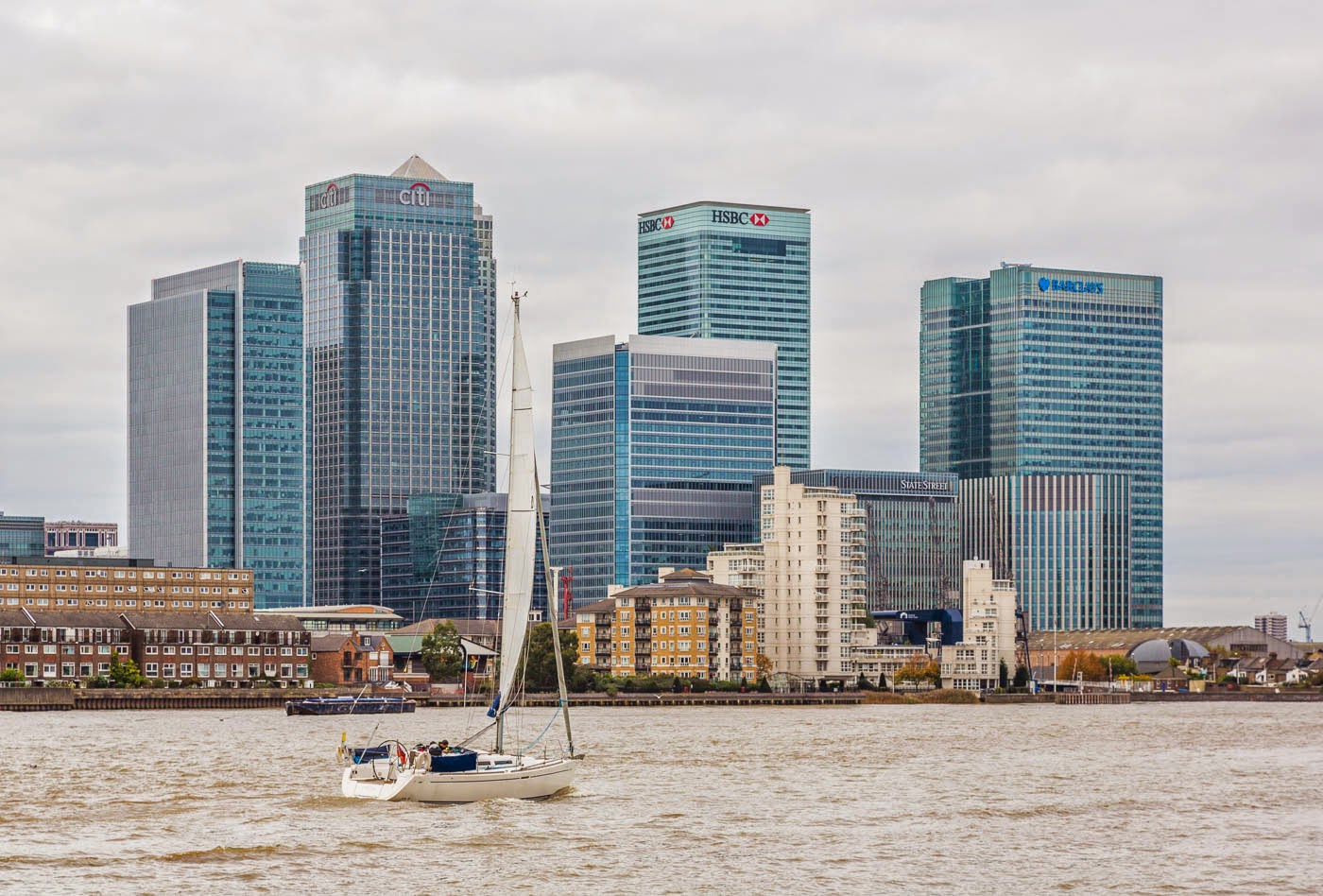 A view of Canary Wharf that so reminded me of a view of across the Hudson River from New York, maybe it was the yacht! 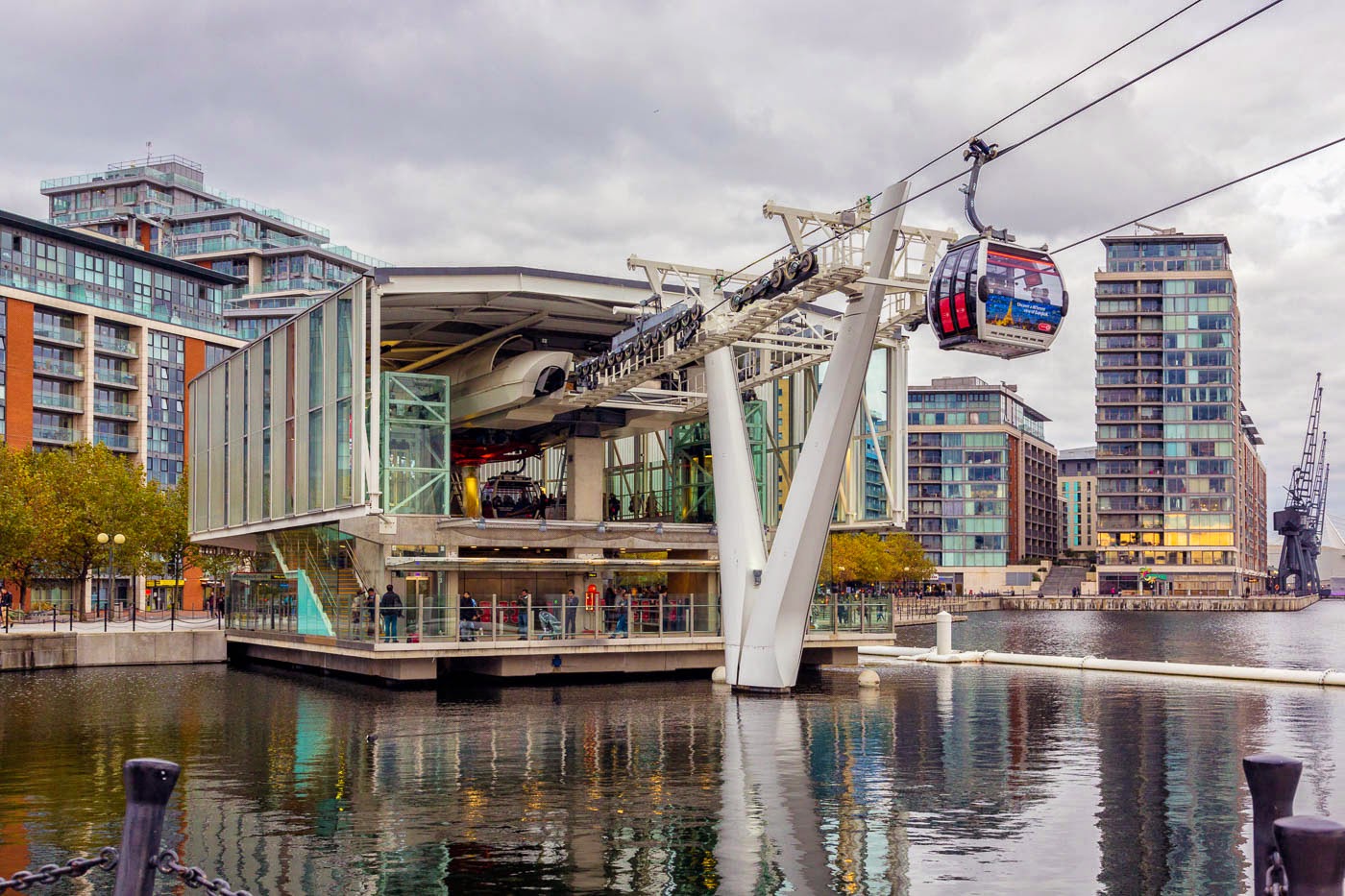 Emirates flight over the Thames

Posted by moorejphotograpjy at 12:07 No comments:

A Misty Lanscape in Thetford forest 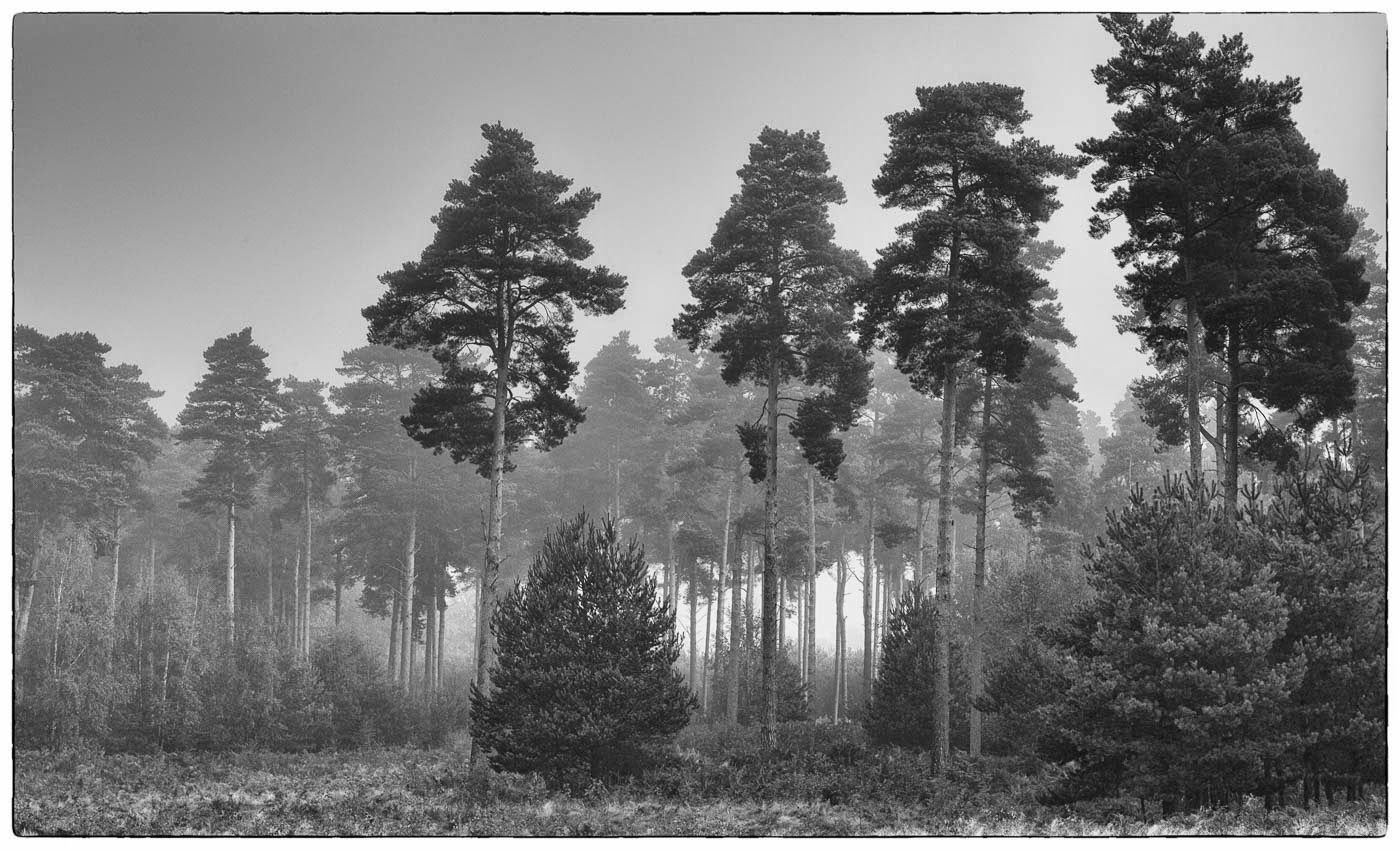 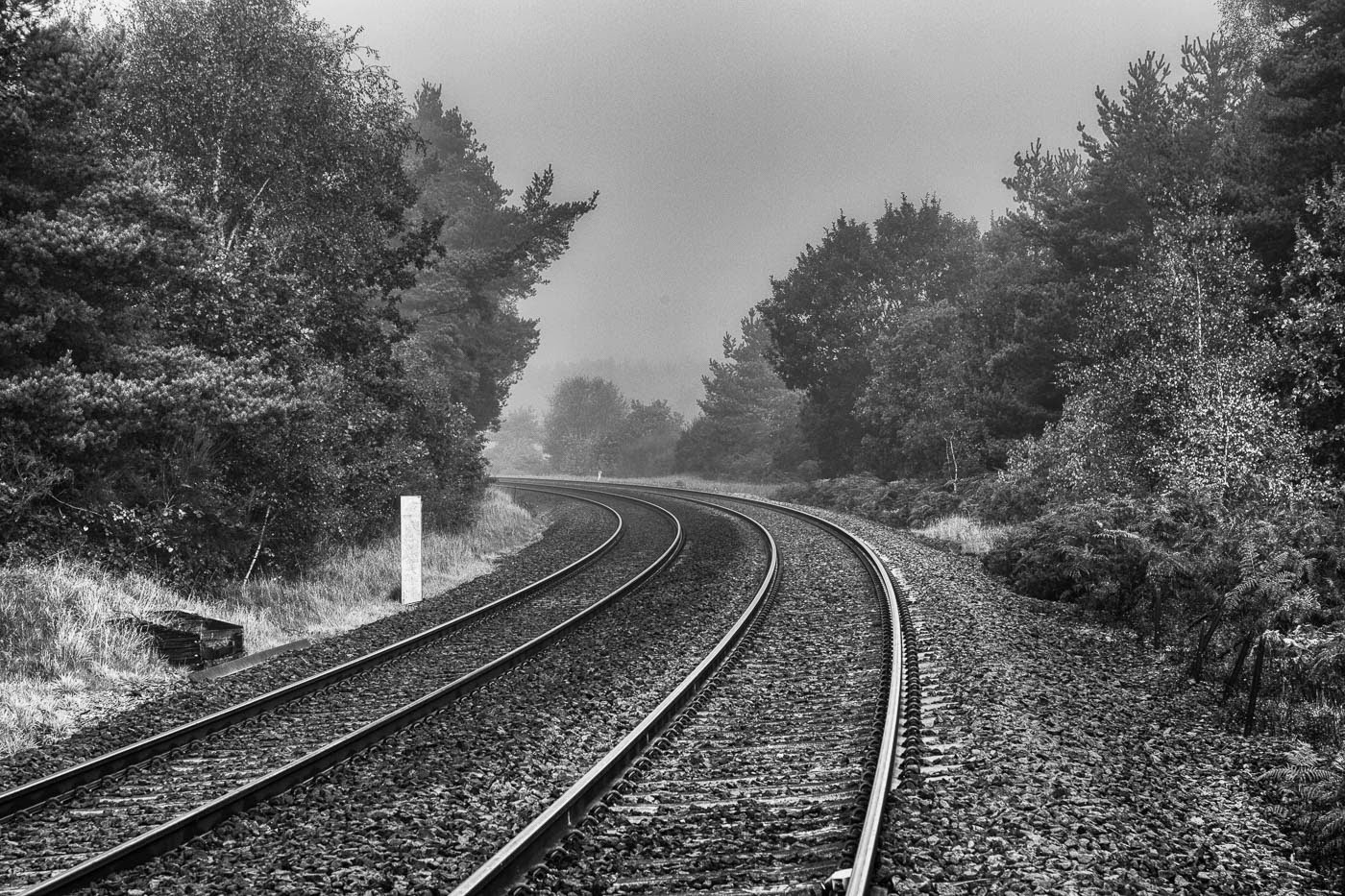 The early morning mist changed the landscape making it a magic start to the day. We met a knowledgeable  forager who let us see his find.  There was a large old piece of fungus that he was going to clean and dry to make into stock.  We were told it is important to leave spores behind to ensure the fungi continue to flourish.  Mushroom hunting is  popular in most of Europe, Nordic, Baltic and Slavic countries and there were a few groups of Polish people collecting fungi who seemed to be knowledgeable.  I began to think there would be nothing left to photography! 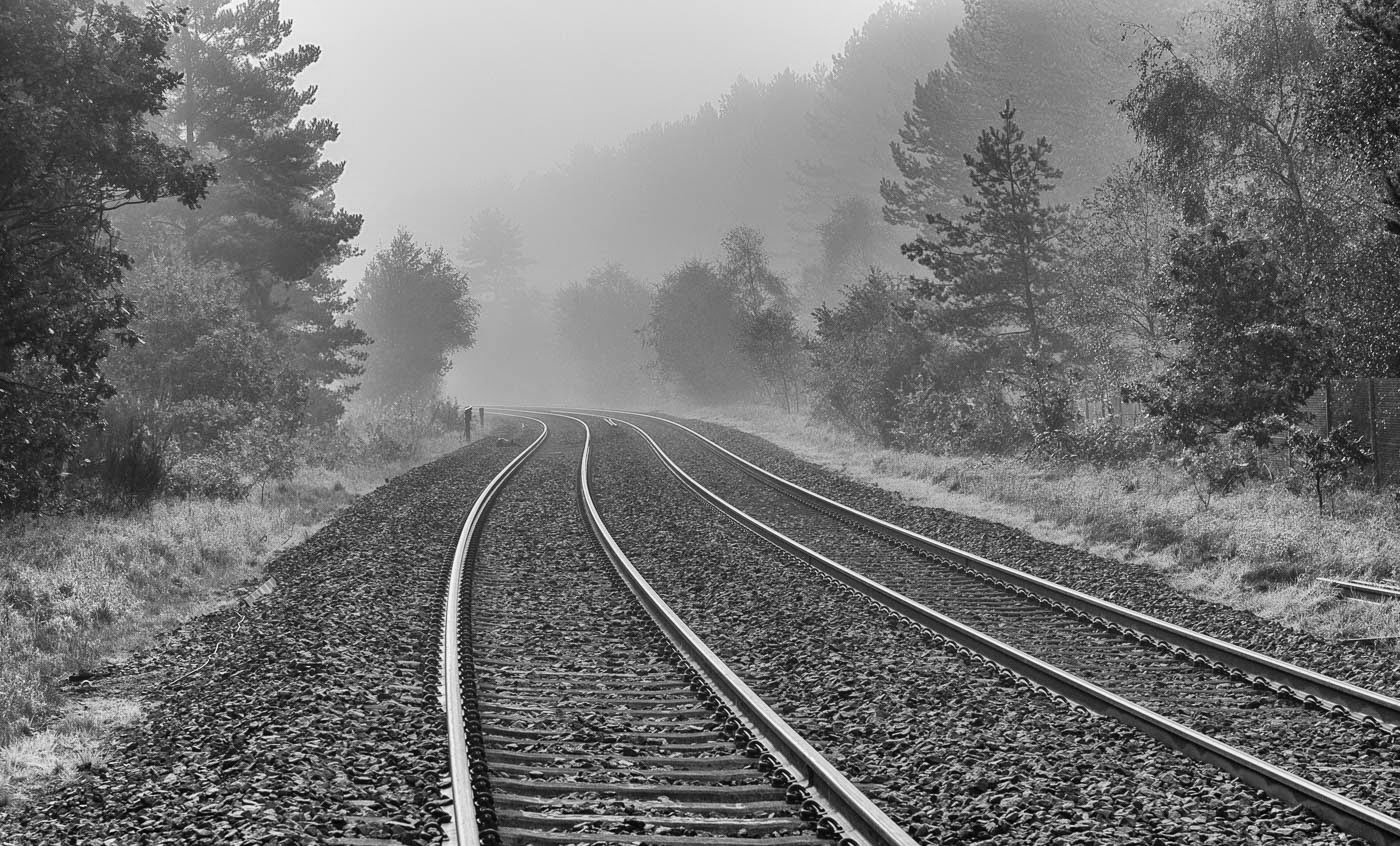 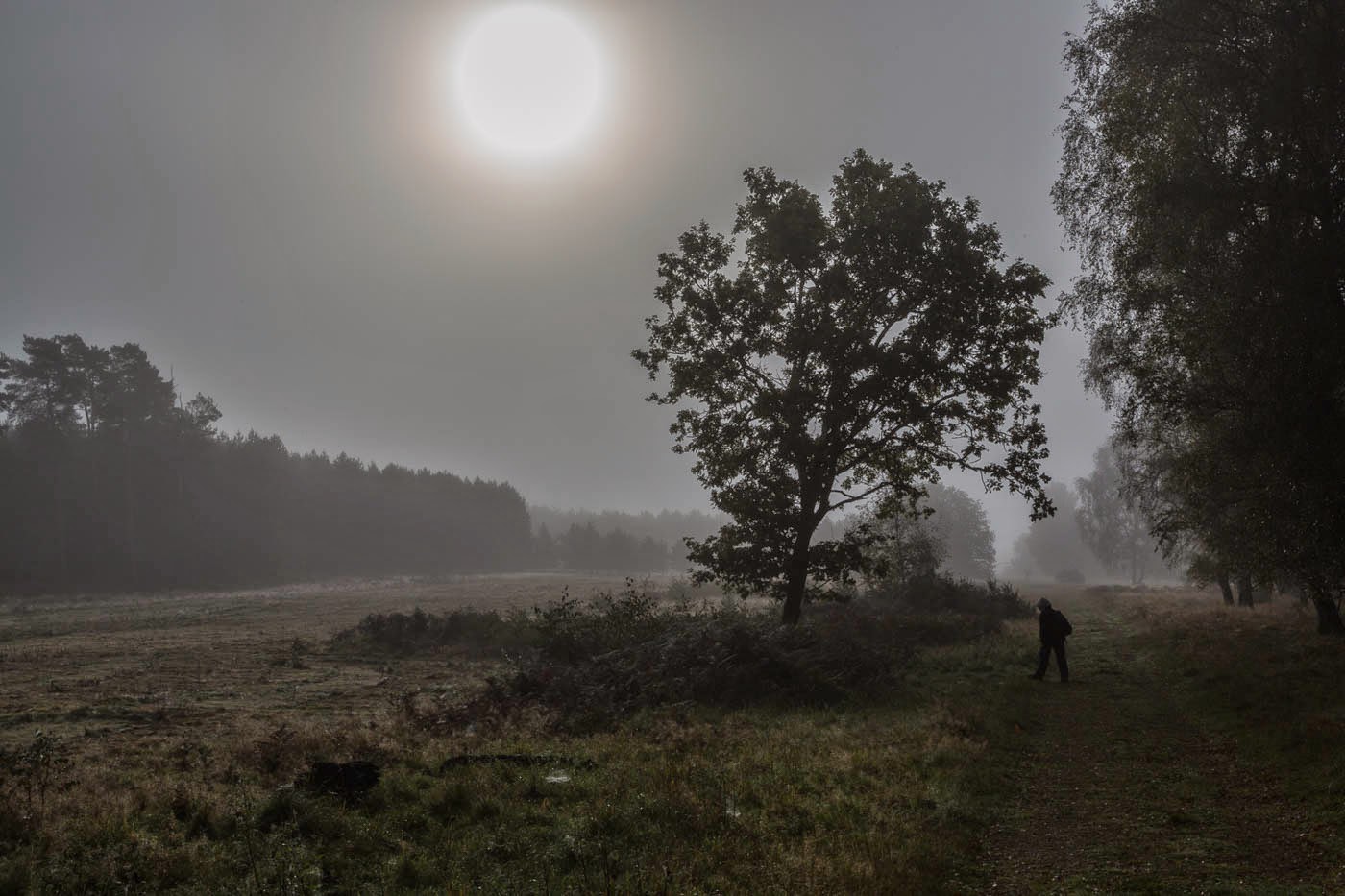 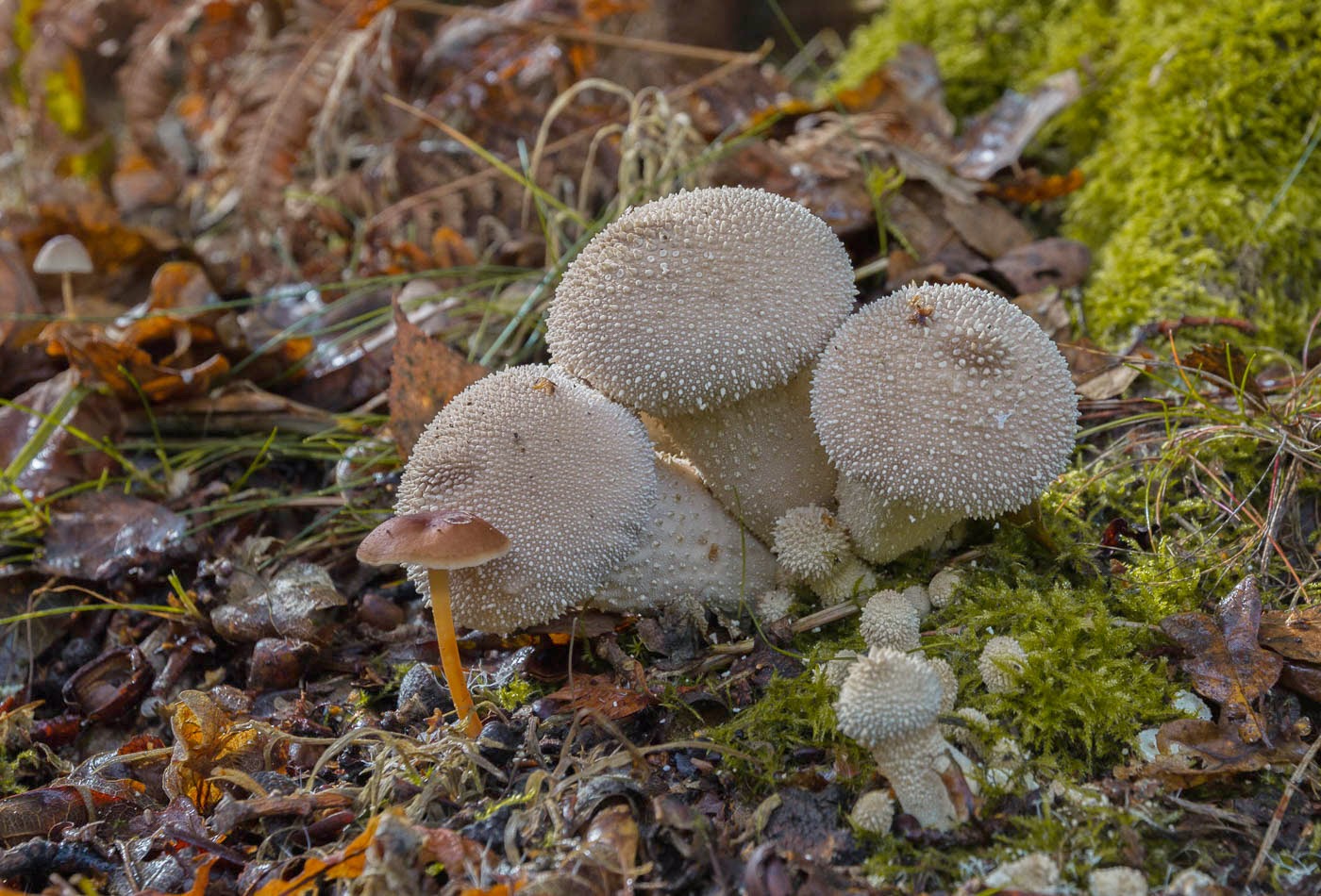 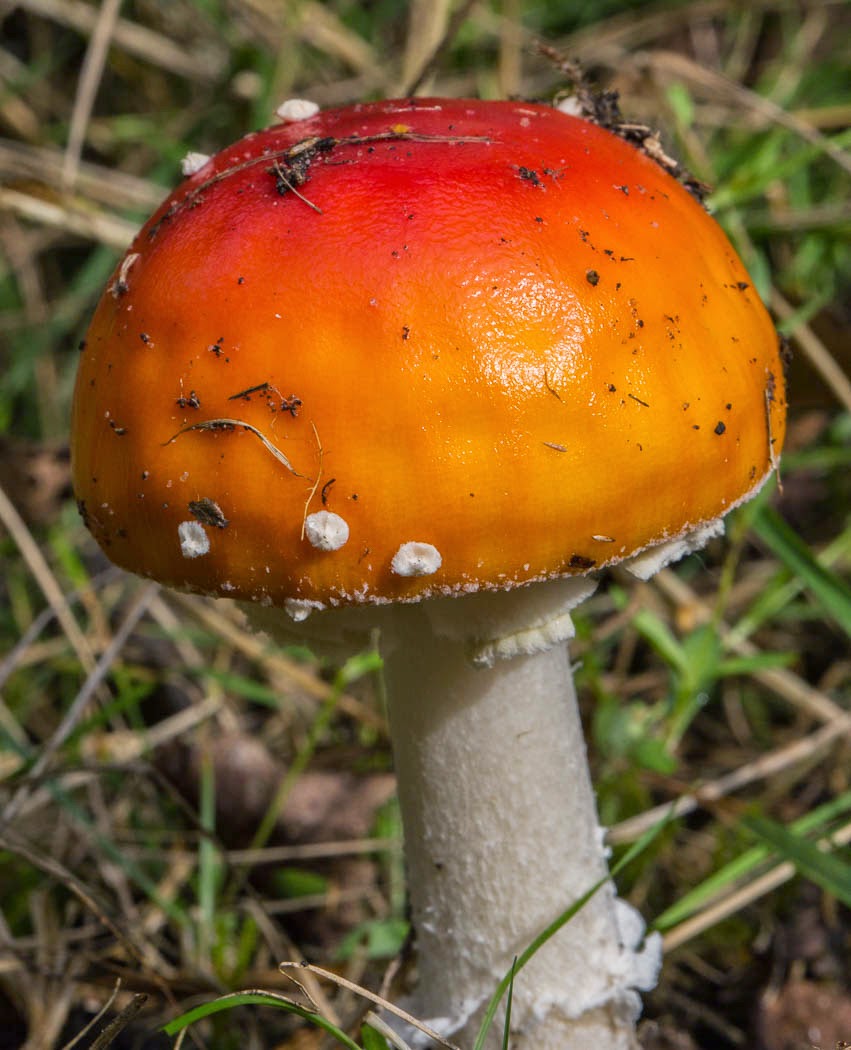 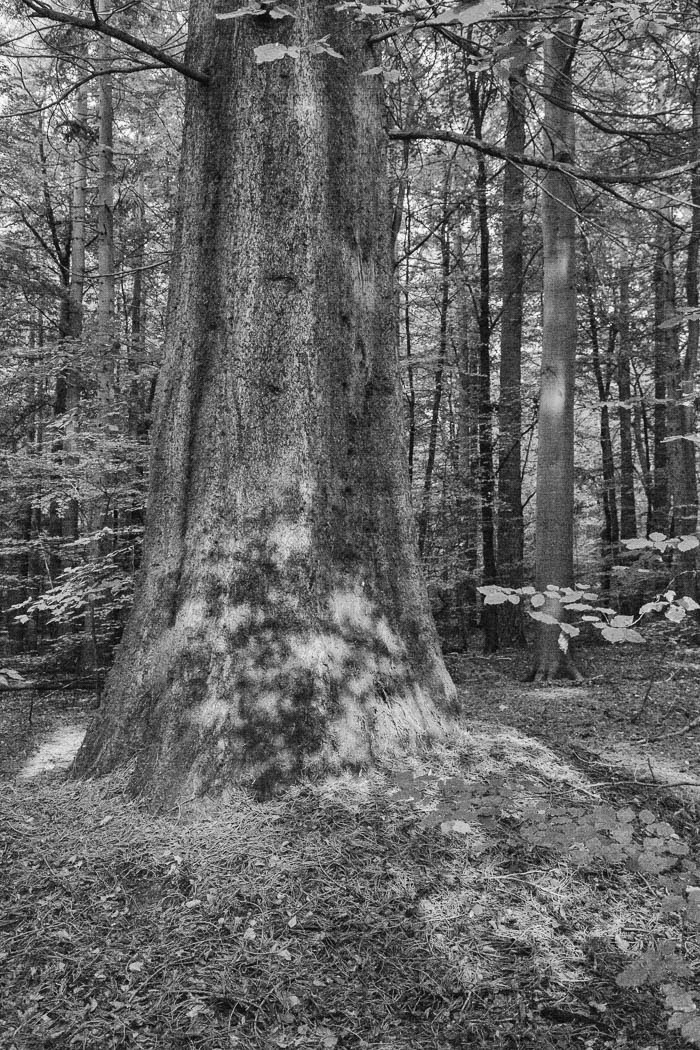 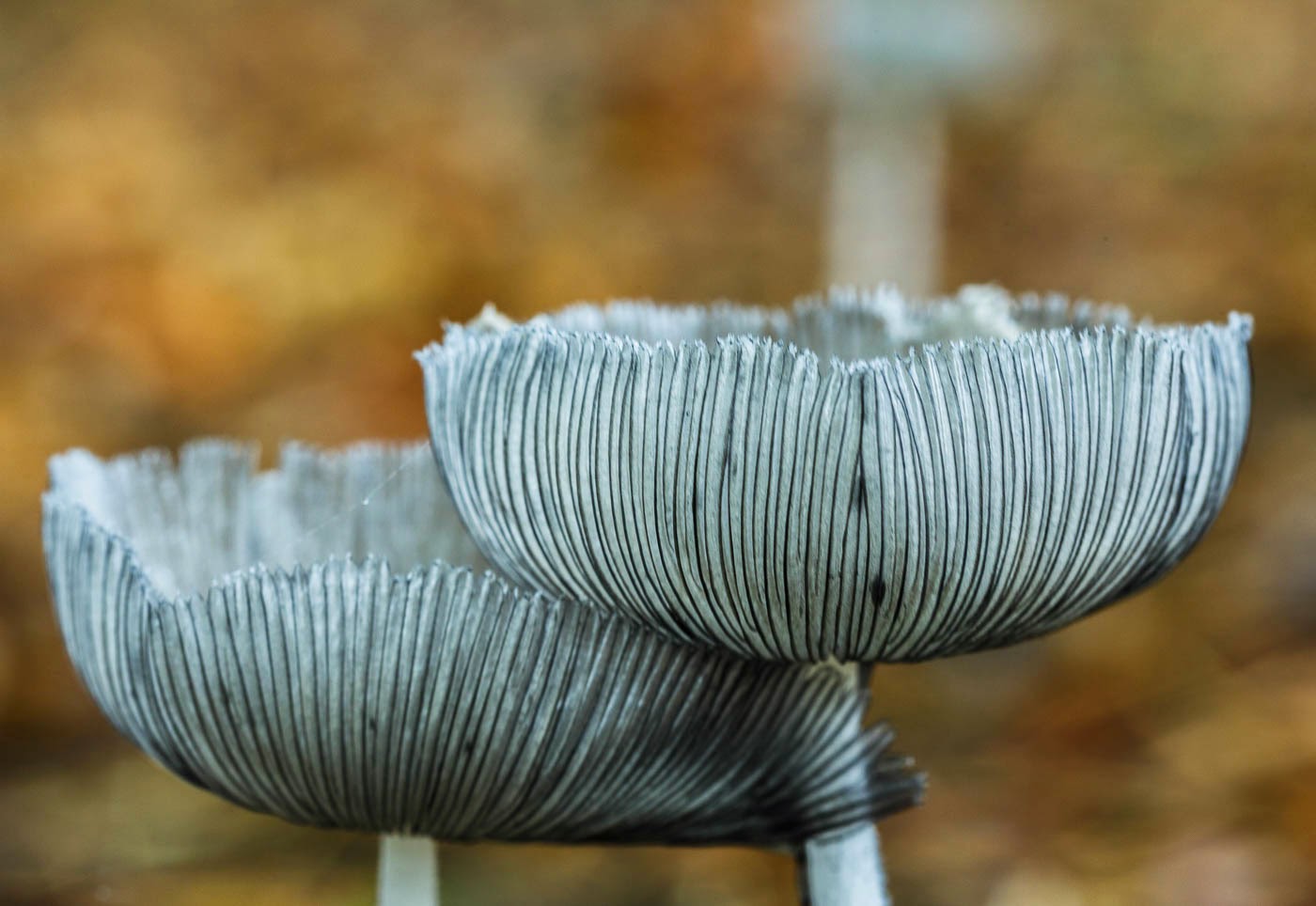 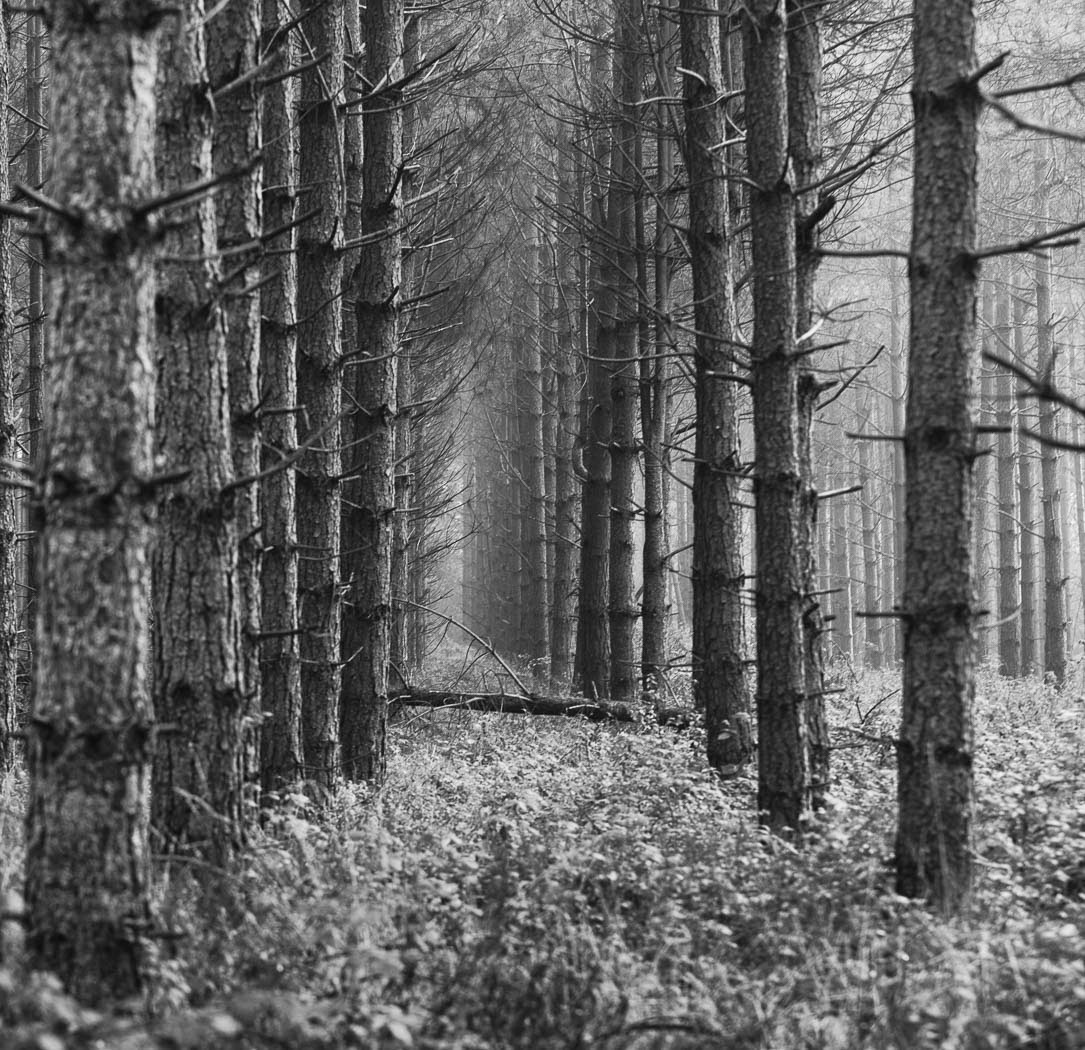 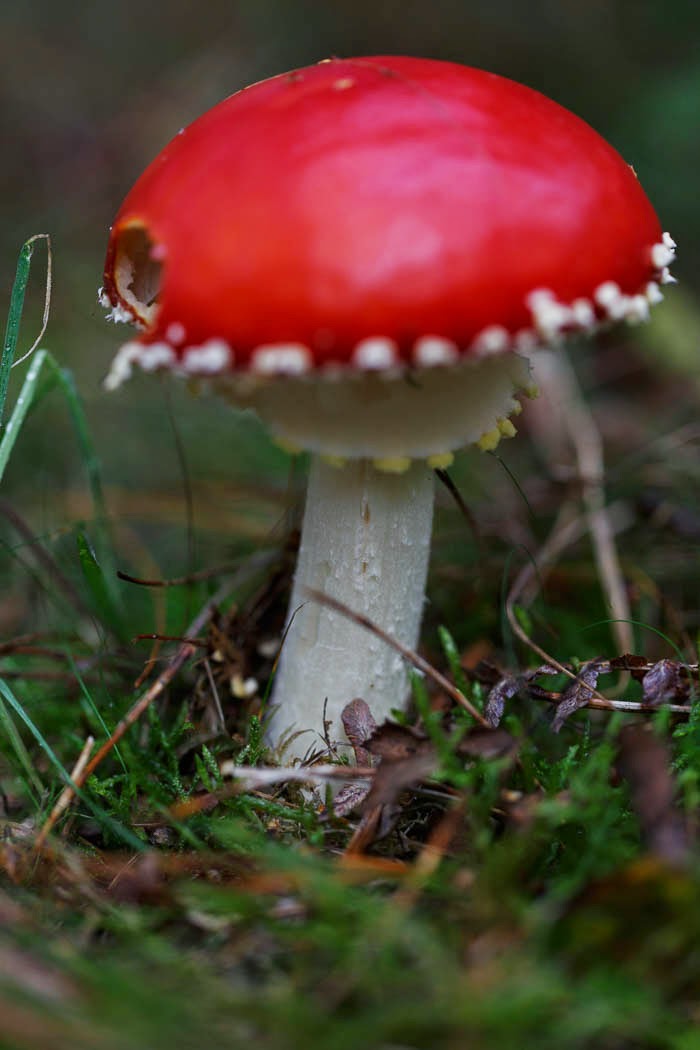 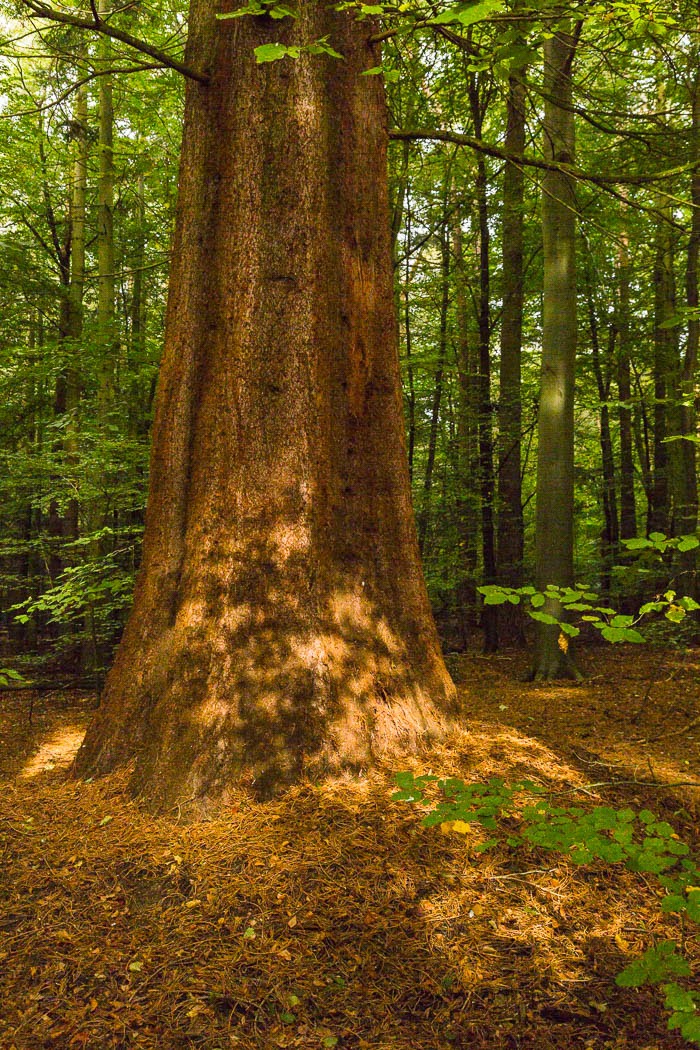 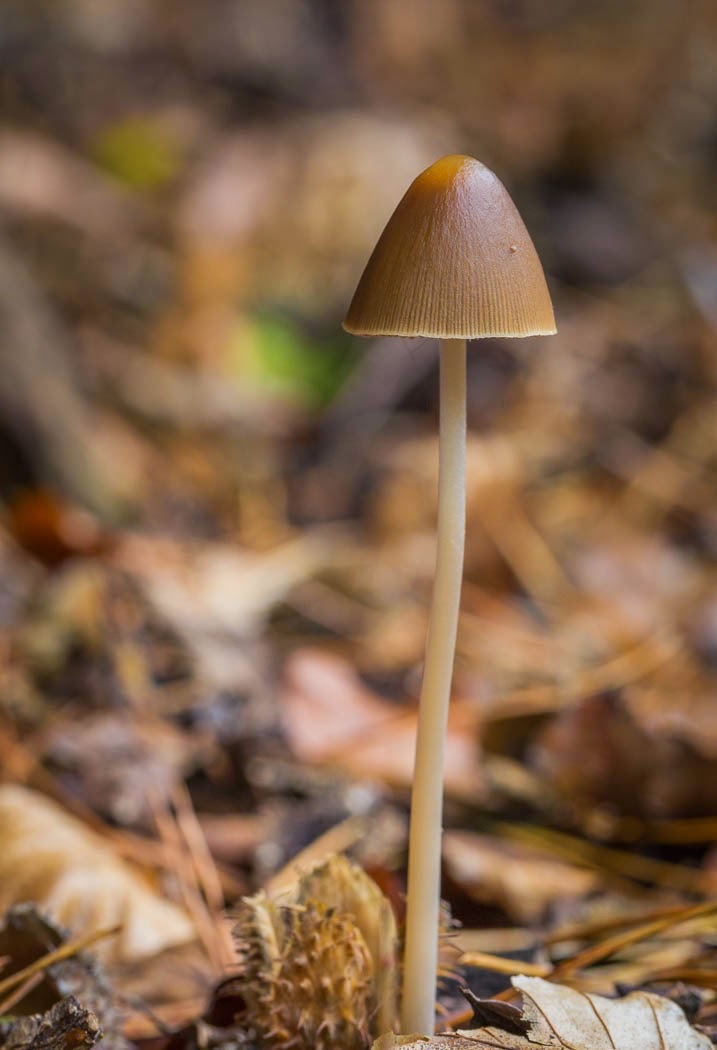 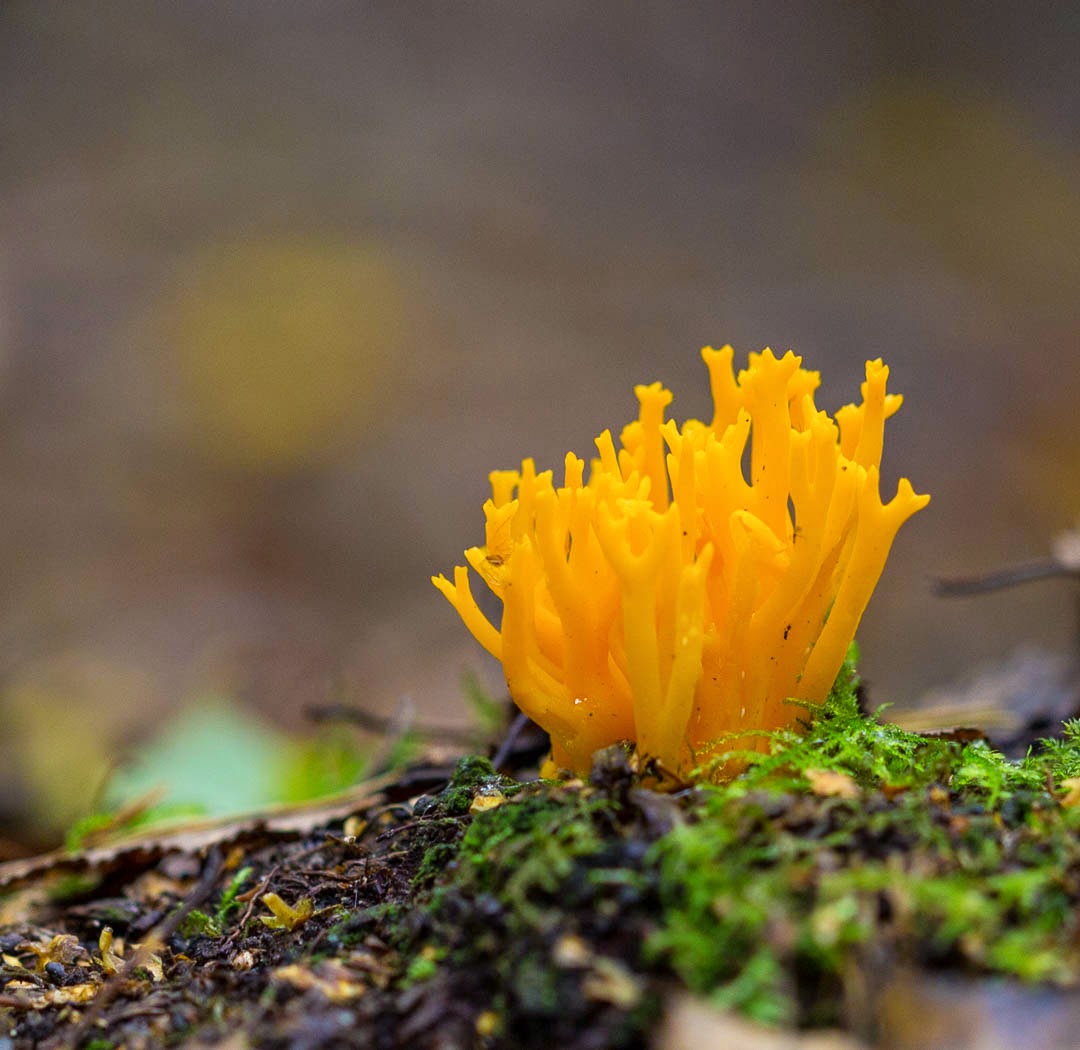 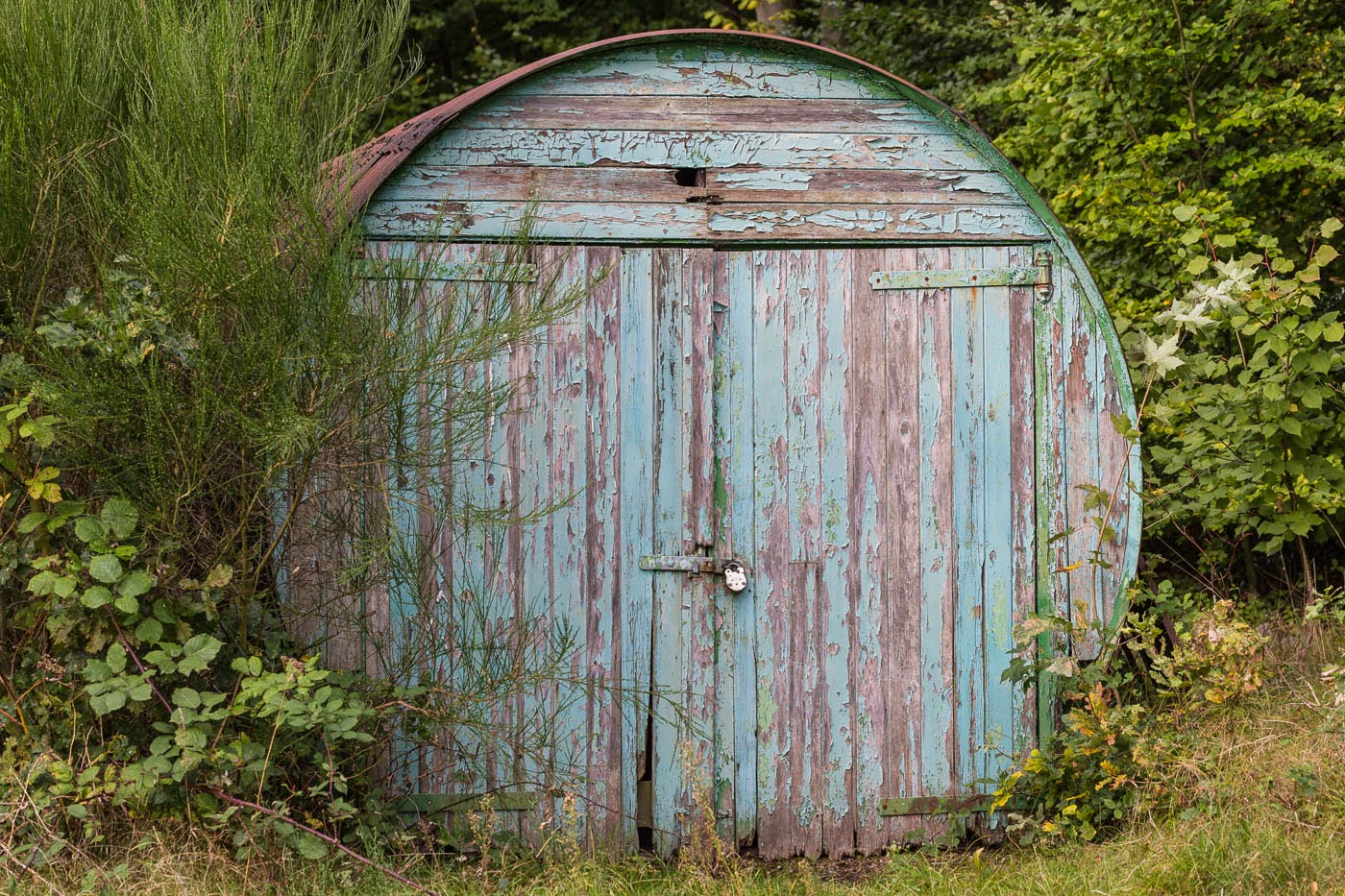 A few members of the Cambridge Camera Club met at 10.00 hours 12 October at St Helens picnic site, which is located on the outskirts of the village of Santon Downham, near Brandon.  Some of us got there a little earlier in the mist. There were many foragers out early filling baskets full of fungi. One man showed us a huge piece of fungus that looked worse for wear, but he said he was going to clean it and dry it, to make a stock. It seemed to be one think identifying what could be eaten safely and then, there seemed to be a lengthy cleaning process. I began to wonder if there would be anything left to photograph!
Posted by moorejphotograpjy at 21:18 1 comment: 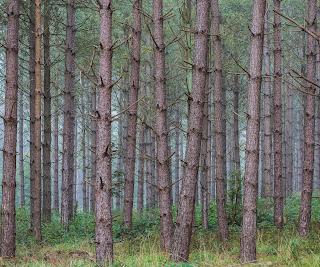 Pines
Posted by moorejphotograpjy at 11:24 No comments: