Winterton-on-Sea - the beginning of the Seal season.

Winterton-on-Sea is a village and civil parish on the coast of Norfolk, England. It is 8 miles north of Great Yarmouth and 19 miles east of Norwich.  Between the village and the North Sea are the Winterton Dunes which include a 109 hectare National Nature Reserve and are inhabited by several notable species such as the Natterjack toad. The natterjack toad (Epidalea calamita) is a toad native to sandy and heathland areas of Europe. Adults are 60–70 mm in length and are distinguished from common toads by a yellow line down the middle of the back, and parallel paratoid glands. They have relatively short legs, and this gives them a distinctive gait, contrasting with the hopping movement of many other toad species.  Needless to say, I did not see one when I visited and did not even know they were inhabitants on the heathland.
In the late 18th century Marram grass was planted to stabilise the coastline against sea encroachments, and by the early 19th century there was a barrier of dunes between high water mark and the ridge on which the lighthouse stood, leaving a valley.
Instead of chasing Natterjacks, I observed the Cow seals that were arriving to give birth and mate.  It was certainly very early in the season and although there had been many births the cubs were very young and the bulls were not too interested in mating.  There were a few young bulls lying around and some young bulls and cows frolicking.  It was a serene scene with little activity. I surmise that there was not much oestrous in the air to stimulate the bulls to show off and demonstrate their prowess and strength. I observed quite a few still-births lying about but the Gulls did not seem to be interested in cleaning things up.
Three hours went extremely quickly and I met quite a few Wardens patrolling the dunes and counting the seals. 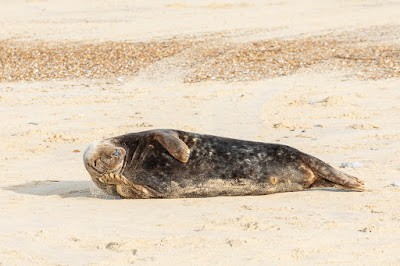 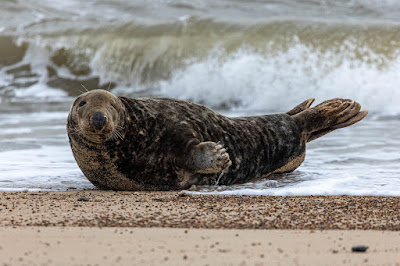 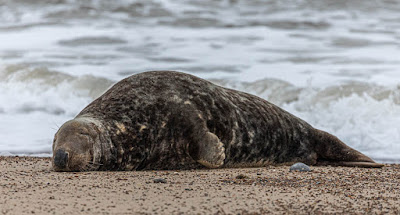 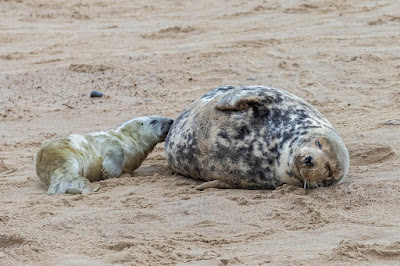 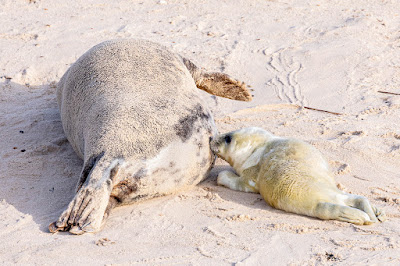 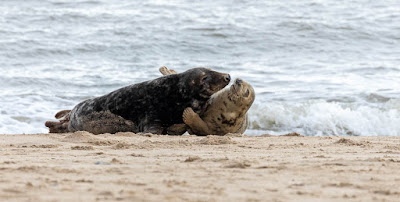 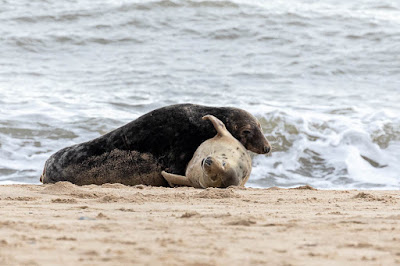 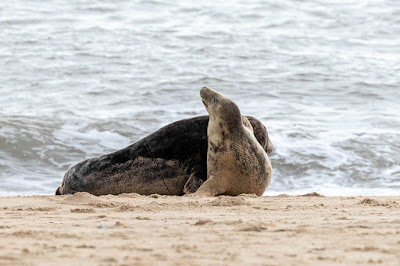 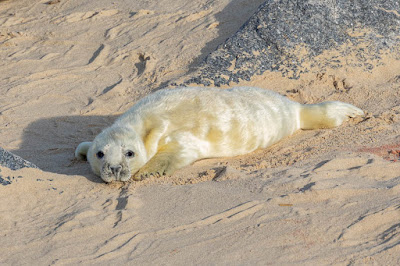 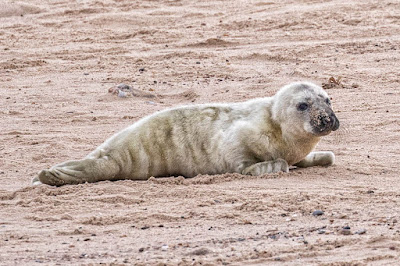 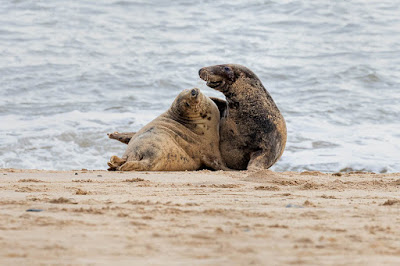 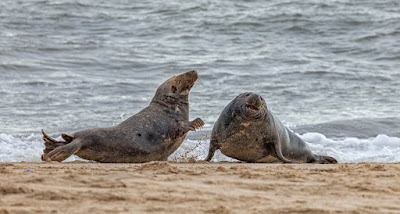