Ann and I joined Richard Revels to learn about in-flight speed photography.  Richard had offered to share his knowledge to help raise monies for a cancer charity and Ann and I had won this experience at club auction. Richard's enthusiasm was wonderful and the time in the meadow flew by. Richard generously shared his  six-flash guns set-bp and back drop, cleverly held in place with a fishing pole. Once everything was set up, a pheromone lure was used to attract the male species of  clearwing moth. Here are some of my first attempts at speed inflight photograph 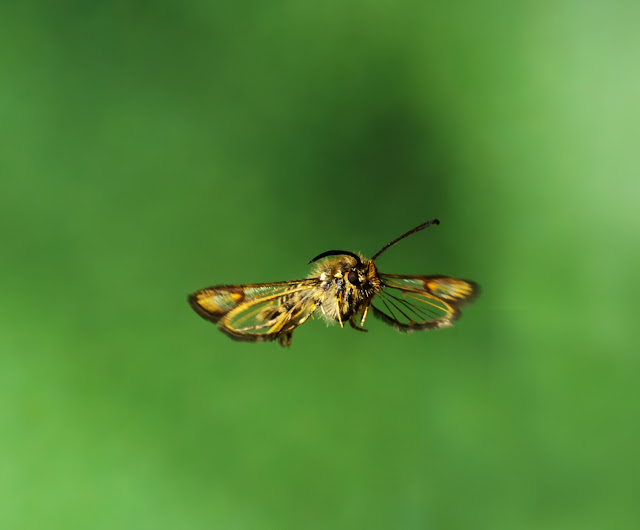 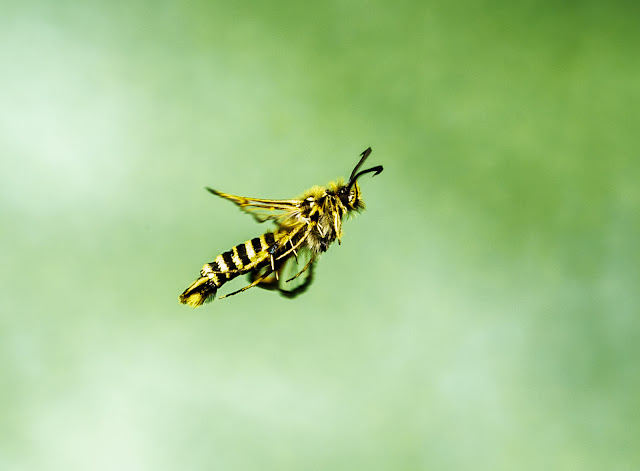 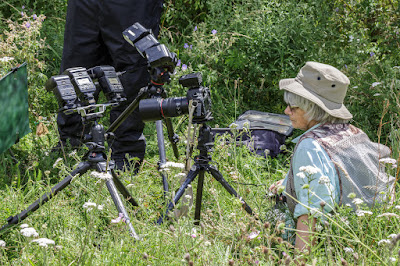 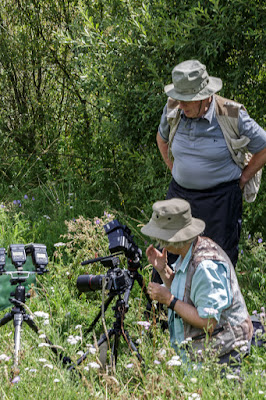 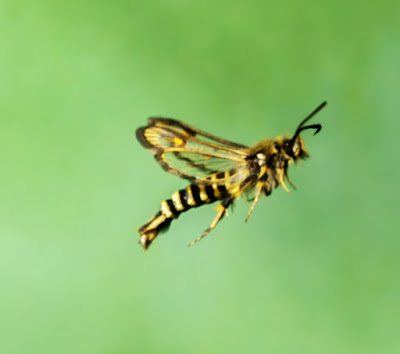 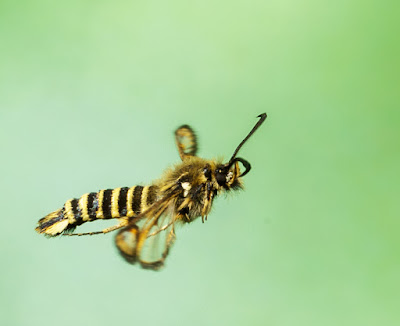 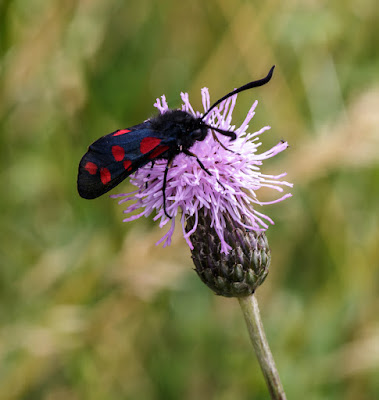 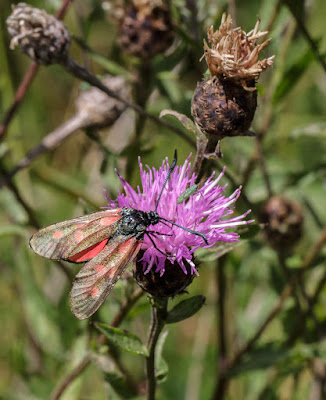