I visited Lankford Lakes Nature Reserve for the first time and was rewarded with my first sighting of  a Kingfisher.   I found it a challenge to photograph as the camera focused on the reeds behind the bird. Once the bird had been and collected a fish or a grub it didn't return for about 40 minutes so patience was a requirement to get another chance at another picture! I ended up using  manual focus and hoped that the bird would land in the same spot on the same stick. Unfortunately, my ISO was too high but at least I have a photograph to prove I saw it! Who says the early bird doesn't catch the worm. 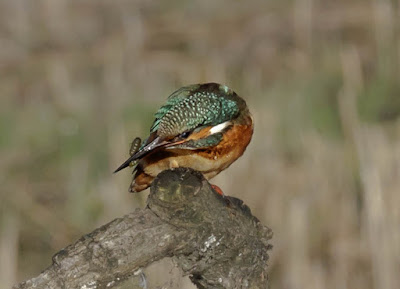 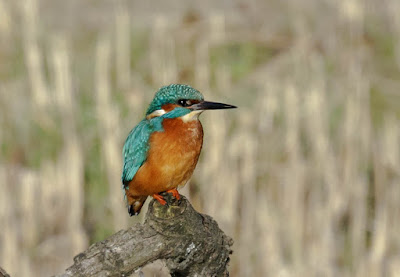 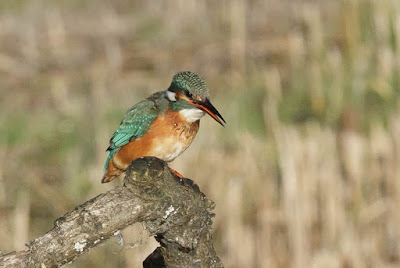 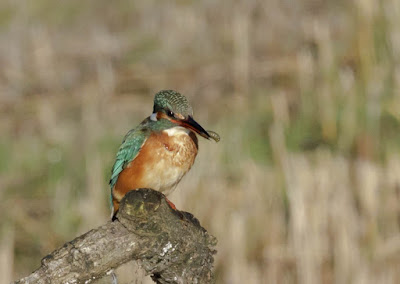 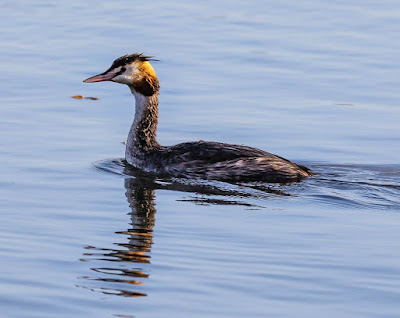 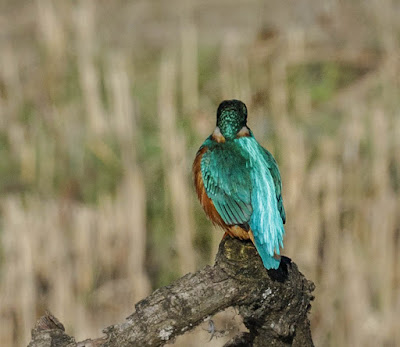