I am very proud of my Uncle Patrick Thomas who has been recognised and awarded the Ordre National de la Légion d'honneur.  Aged nineteen he was part of the D-day invasion 6 June 1944 and at 06:30 his landing craft LHC 185 put twenty naval commandos ashore at Lion sur Mer (east of Sword beach) as part of operation Neptune. The landing craft remained in the vicinity for nineteen days and was key in wireless communications between the forces on the shore and the ships at sea. One of the telegraphers was deployed to the shore as part of the wireless communication operations, not an enviable place to be so I am told. Patrick said it was a matter of drawing short straws when deciding who would go.

On 25 June 1944 at 13:00 the landing craft was hit by an acoustic mine and overturned and sunk in a very short time. Patrick was one of ten survivors, those who perished were below deck and had no time to get out.  He found himself underwater as the bow of the vessel sunk and then came up.  He was up to his knees in water at the port-rail wearing his lace-up boots and with no life-belt and decided to get into the water and onto his back. The craft turned from a 45 degree angle and the deck loomed above.  He recognised Jack Ballinger's life-belt, a friend, who he then saw was badly injured and drowning.  Another telegrapher in the water appeared to have broken legs so he gave him the life-belt.  Eventually, a LCG threw him a line and pulled him aboard.  He had a head injury and after being patched up and put in an army uniform with Royal Marine identity on it, he went on deck. The Germans started shelling and in a state of shock, he lay down on the deck and tried to dig a "fox hole".  After a short spell in hospital,  he was drafted to Submarines and finished his war experience in the Far East on board the submarine Thule.

LCH 185 was travelling towards Gooseberry a breakwater formed by sinking ships and manned by army and navy personnel and anti-aircraft guns. Later, this was replaced by Mulberry harbour.  A Mulberry harbour was a portable temporary harbour developed by the British in World War II to facilitate rapid offloading of cargo onto the beaches during the Allied invasion of Normandy. It was developed in a large extent based on the marine construction techniques used by Guy Maunsell for his "sea forts".

Patrick has not talked about this experience until this time. He was interviewed on by Danny Pike Sussex radio 25 June 2015 (13:14 minutes into the programme). Although it is now 71 years ago, he still finds it hard to put his thoughts into words but he feels very much for the young men he was with, especially at ceremonies.

The National Order of the Legion of Honour,  Ordre national de la Légion d'honneur is a French order established by Napoleon Bonaparte on 19 May 1802. The Order is the highest decoration in France.  The order's motto is "Honneur et Patrie" ("Honour and Fatherland") and its seat is the Palais de la Légion d'Honneur on the left bank of the River Seine in Paris.  The presentation was at Redoubt Fortress, Easbourne and presented by the Consul Honoraire de France, Captain Francois Jean.  He spoke about his father being a prisoner in a German war-camp at the time of D-day and how this was a liberation for his family.

I will have to put the Palais on my list of places to visit. Here are some pictures he sent me and I have included some shots I took on his 90th birthday last year. 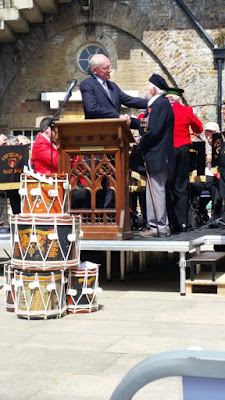 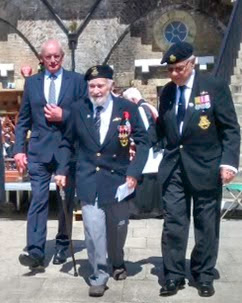 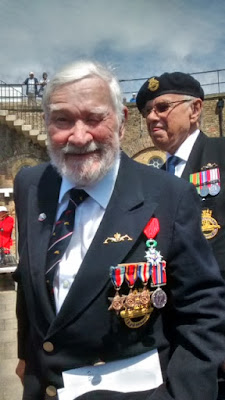 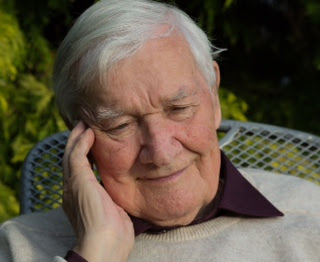 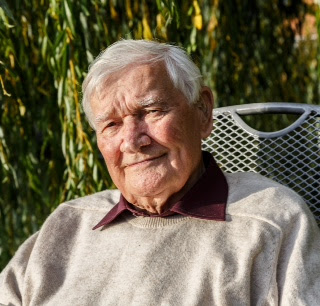 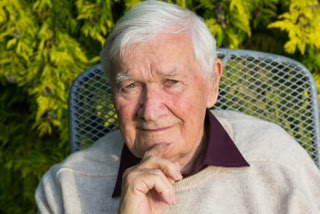 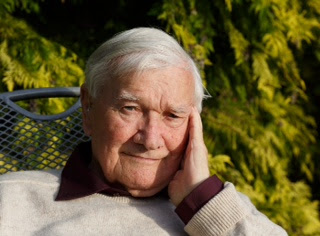 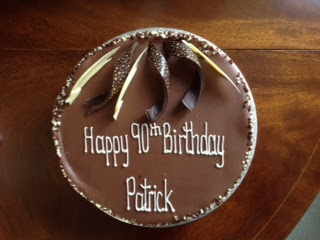